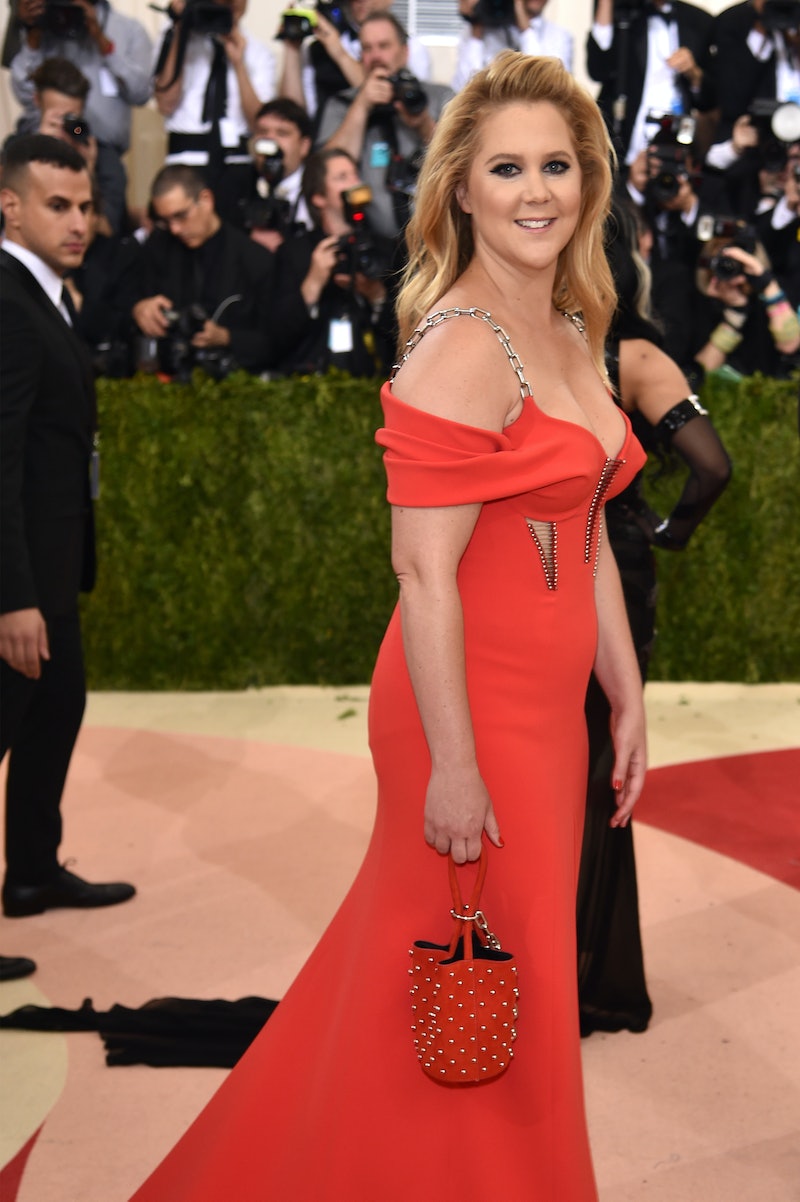 The most famous doll on the planet is making her way to the silver screen, and the award-winning actor/comic/writer who once sang about where the fudge is made could be the person to bring her to life. On Friday, Variety reported that Amy Schumer is in talks to play Barbie in Sony's live-action movie based on the iconic Mattel doll. I don’t want to be too presumptuous or whatever, but I think it is fair to guess that “child-friendly comedy” is not the first thing that pops up in your noggin when you think of the Trainwreck star’s work. However, if she does play the titular role in Barbie, all of that could change: The film will probably be rated PG, according to Deadline. And if a PG flick about a beloved toy isn't a movie for youths, I don't know what is. Yes, Schumer's Barbie would be a kids' movie. So, leave the cuss word hand earmuffs at home and don't expect anything along the lines of the very NSFW Inside Amy Schumer “2 Girls 1 Cup” audition sketch from this movie. (I doubt anyone would actually expect that, but whatever.)

According to Variety, the original Barbie screenplay was penned by Hilary Winston (Happy Endings, Community, My Name is Earl), and Schumer and her sister, Kim Caramele, may rewrite. Here's the reported synopsis: Barbie winds up in the real world after she is booted Barbieland for not living up to her hometown's expectations. As Deadline reports, Barbie uses what she learns in the real world (e.g., it’s what is on the inside, not the outside, that counts) to help save Barbieland from some yet-to-be-revealed doom. Barbie-larity ensues.

You're right, Barbie. That pun was pretty lame.