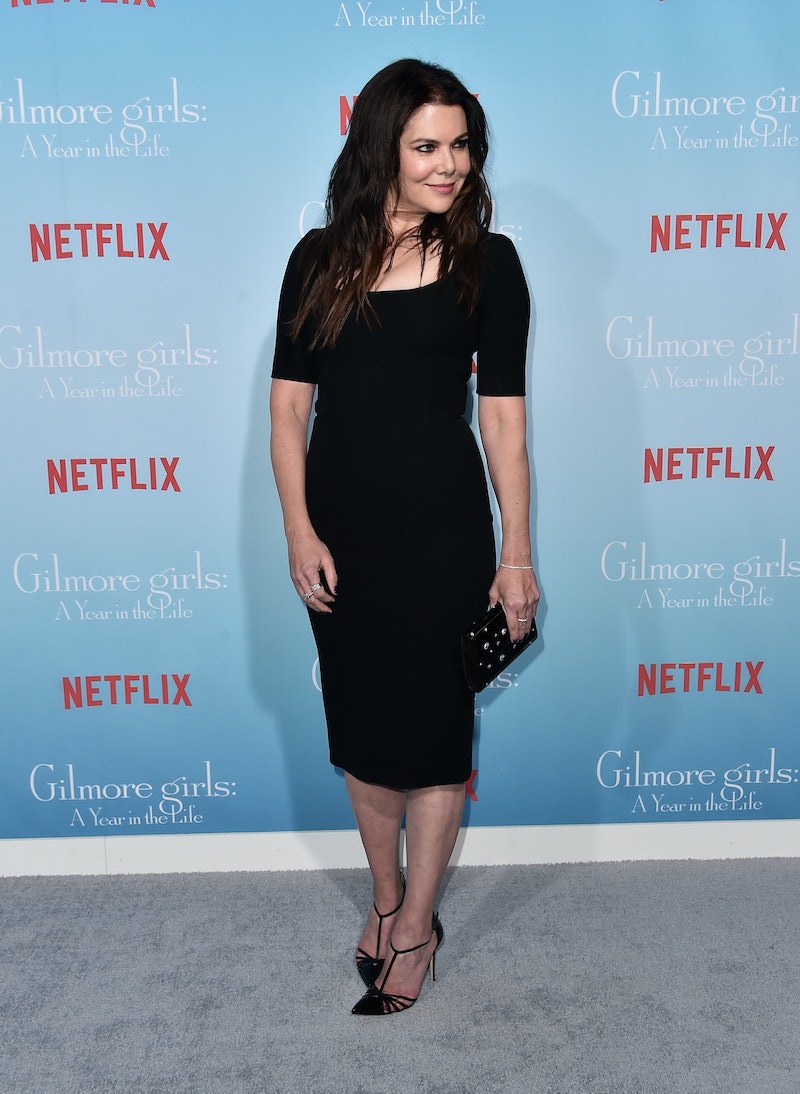 Following the rather exciting news that Lin-Manuel Miranda is watching Gilmore Girls for the first time, Lauren Graham tweeted a response to the Hamilton composer, and it's too cute. While Miranda's tweet on Thursday ignited the Gilmore Girls fandom, particularly as Hamilton provided so much inspiration for the show's revival (Stars Hollow: The Musical was just too much). Now, Graham's response has taken things to a whole new level, and gotten all of our hopes up that an extra special crossover could be happen in the future. Suddenly, two very excitable fandoms have united.

"WHAAA? Thrilling! Meanwhile, I've been walking around NYC all day listening only to #HamiltonMixtape. Its excellence I can concur, Sir."

Clearly, the actor has a lot of love for Miranda's hit musical, and the newly released Hamilton Mixtape that's on everyone's Christmas lists. But what's most exciting about Graham's tweet is the idea that the mutual admiration the pair share might actually lead to a collaboration of some sort. After all, what would be better than seeing Miranda in Stars Hollow, if the series comes back to Netflix for even more episodes? Or how about Graham appearing in a musical or stage performance with the Hamilton star? The possibilities are endless.

As obsessed as ever with pop culture references, Gilmore Girls: A Year In The Life featured endless references to Hamilton: An American Musical, and it's easy to see why. Having won 11 Tony Awards in 2016, the musical is not only ridiculously popular, but signifies an important moment in musical theatre history. It's no wonder that Amy Sherman-Palladino was influenced by Hamilton when developing the Gilmore Girls revival, as Lorelai and Rory are always au fait with the latest in pop culture news and events.

The fact that Miranda is starting Gilmore Girls from the very beginning is a great sign. The composer is clearly committed to understanding the world's obsession with Stars Hollow, and he'll hopefully continue to tweet as he watches more of the show. Graham's love of Hamilton is also shared by the world over, and it feels extremely pertinent that two of the most revered performers of 2016 are celebrating each other on social media. Please let this be the start of a beautiful friendship.