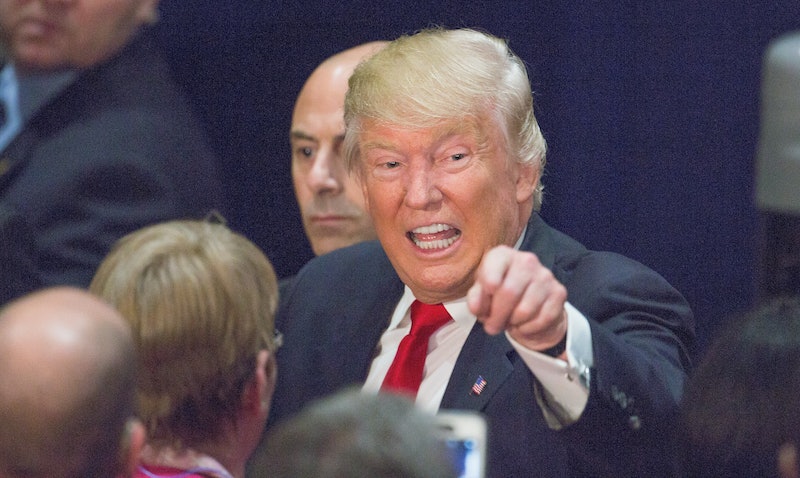 Because the 2016 election refuses to die, three states are now issuing recounts for the presidential race. Recounts have already begun in Wisconsin, with legal challenges from president-elect Donald Trump's camp tying up recount efforts in Pennsylvania and Michigan. Trump, for his part, seems adamant on fighting efforts to issue recounts in the states. Why is Trump so nervous? Well, for one, it would throw his future into question if Trump doesn't get an absolute majority of 270 electoral votes in the recount.

Green Party candidate Jill Stein, not Hillary Clinton, spearheaded the effort for recounts in the states. "After a divisive and painful presidential race, in which foreign agents hacked into party databases, private email servers, and voter databases in certain states, many Americans are wondering if our election results are reliable," Stein's camp wrote on her campaign website. "That’s why the unexpected results of the election and reported anomalies need to be investigated before the 2016 presidential election is certified. We deserve elections we can trust."

Trump's camp, meanwhile, has tried to block Stein's efforts for a recount. Trump's people filed a legal petition with Michigan's Board of State Canvasser noting that Stein has no chance to win the states she's calling for a recount, and that she would be forcing the citizens of Michigan through an "expensive, time-consuming recount."

He sounds a bit nervous, doesn't he? If a recount gave all three states to Clinton, Trump would drop from 306 electoral votes to 260, thus not giving him enough votes in the Electoral College to win the presidency. It would give Clinton, however, enough votes to win at 278, which would seemingly give her the presidency. All three states flipping for Clinton would be the only way that Trump would lose the 270 votes he needs in the Electoral College (even losing Pennsylvania and Michigan, the two most delegate-rich states of the bunch, would put him right at 270).

So if Trump loses Michigan, Pennsylvania and Wisconsin, that would mean that they all went to Clinton instead. That is, unless Stein's 1 percent of the vote in each of those states suddenly balloons in the recount. But if for some reason the recount did show some evidence of fraud and the election results were thrown out in each of the states, that would put both Clinton and Trump under 270 votes. In that case, the House of Representatives would decide who won the presidency. And in a Republican-led House, that's not looking good for Clinton, either.