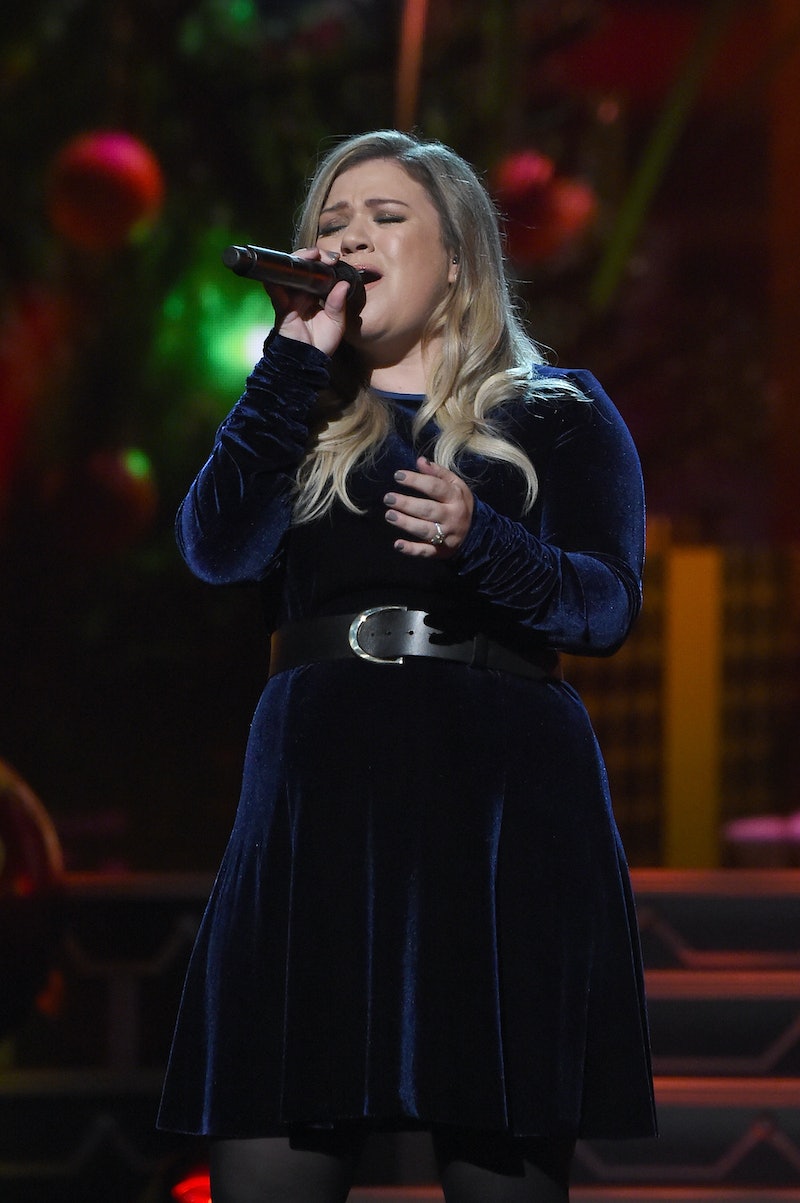 Kelly Clarkson's family, particularly her 2-year-old daughter River Rose Blackstock, is the talk of the town. This toddler is the busiest little bee you may have ever seen, sleighing her way through the holiday season — from running parades to casual visits at the White House. Thankfully, Clarkson has been documenting everything on social media, so fans can live vicariously through her and her baby girl's lives. Truly the most wonderful time of the year.

On Saturday morning, Clarkson's daughter was dressed in a cozy red-and-white getup during her first parade experience at the Piedmont Natural Gas Nashville Christmas Parade in Nashville. According to E! News, River held it down with Clarkson on a decorated, festive float, as mom was the Grand Marshal of the event. What's awesome is that the 34-year-old was honored in the parade, because of her involvement with the Monroe Carrell Jr. Children's Hospital, which will receive the event proceeds. "She is a great friend to Children's Hospital and a true champion for child health," the organization said in a statement in late August. She's helping the world one adorable photo op at a time, and her daughter is learning young. And this is just the tip of the iceberg that's been this epic week for the Blackstock family.

On Thursday, Clarkson's family took a trip to the White House to meet President Obama and the FLOTUS after she performed at the National Christmas Tree Lighting Ceremony on the Ellipse in President's Park. After understandably freaking out, Clarkson managed to post this adorable photo with the White House Christmas tree, which was her daughter's idea, obviously.

When her stepson Seth wasn't goofing off with River Rose and Clarkson's 7-month-old son Remington Alexander (the American Idol alum also has a stepdaughter, Savannah), he was straight chilling with POTUS.

Clarkson and her hubby Brandon Blackstock are raising some stand-up kids, and if this isn't holiday family goals, I don't know what is.

More like this
What Is Barack Obama’s Net Worth? He Makes *Way* More Now As An Ex-President
By Hugh McIntyre
The Richest 'Bling Empire' Cast Member Is...
By Hugh McIntyre
20 Photos From The 'Stranger Things' Season 4 Premiere To Make You Feel Old
By Alyssa Lapid
10 Times Diana & Meghan Spoke Similarly On The Royal Family
By Sophie McEvoy
Get Even More From Bustle — Sign Up For The Newsletter