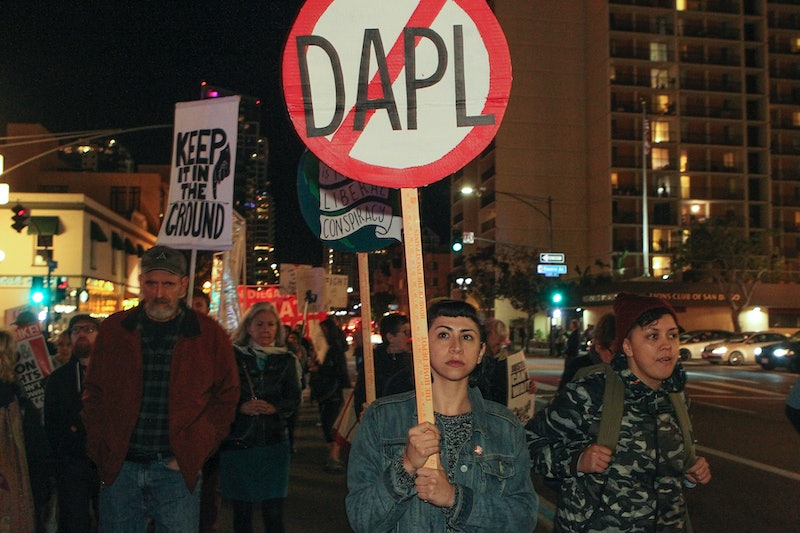 It's an amazing day for activism and solidarity: According to an announcement from the army and reported by The Guardian, the Army Corps of Engineers has denied a "key permit" for the Dakota Access Pipeline, effectively ensuring that its construction will be rerouted from the Standing Rock Sioux Tribe's reservation in North Dakota— a spot which has been the site of protest since the DAPL was announced.

According to The Guardian, Jo-Ellen Darcy, the Assistant Secretary of the Army for Civil Works, announced the decision, stating, "Although we have had continuing discussion and exchanges of new information with the Standing Rock Sioux and Dakota Access, it's clear that there's more work to do. The best way to complete that work responsibly and expeditiously is to explore alternate routes for the pipeline crossing." This victory for Standing Rock is a major one, and proves that change can occur if people come together and stand up for their beliefs.

Of course, the reaction to this news has been major, particularly on Twitter — a fitting reality, considering much of the information about what was happening during the protests at Standing Rock was exchanged through the social media site. The reactions were largely celebratory, as many shared their shocked and celebratory statements about the development.