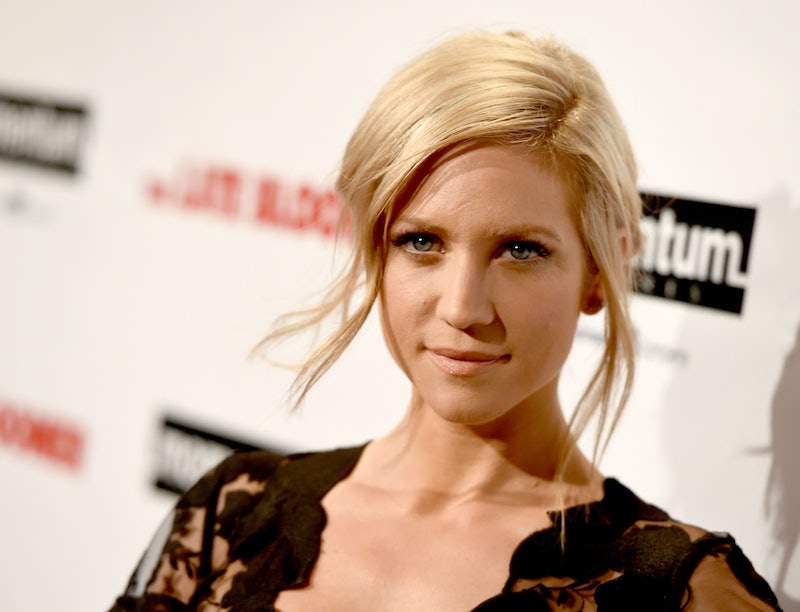 Ever since the film hit theaters in 1988 — and went on to hit Broadway in 2002 – many actresses have stepped into the shoes of Hairspray beta villain Amber Von Tussle. Brittany Snow infamously portrayed Amber in the 2007 Hairspray movie starring Nikki Blonsky, Zac Efron, and John Travolta, and she knocked it out of the park. The actress might now be better known as Chloe Beale from Pitch Perfect than she is for her take on Amber, but the role is still one that she holds close to her heart. As she tells Bustle, "It’s great that you get to play a character that other people get to play, too, because it feels like it lives on. [It's] really cool to have a character that you lived for so many months be carried on in another way, because another person is doing it completely different."

With NBC's Hairspray Live! set to premiere on Wednesday, Dec. 7, and Dove Cameron stepping into the iconic role as Amber, all eyes are on the network and cast to see how they can set their production apart from the many, many versions that have been portrayed in the past. How will Cameron's Amber differ from Snow's Amber, Laura Bell Bundy's Amber, or even Colleen Fitzpatrick's Amber? The pressure is on, but, when asked what advice she would give to any future Ambers who might step into the roll, Snow has some really solid insights that Cameron may want to consider before stepping on stage.

"The thing that ... I tried to do, and that I’m sure Dove will do as well, is really having fun with her," Snow says. "And also making sure that’s she’s not just a one-dimensional b*tchy girl. She’s just misunderstood, and she’s a brat, but she’s trying. I guess I wanted to make her — even though she was quite evil — a little lovable." Honestly, she's got a good point. Amber could very easily come across as a stereotypical antagonist — racist for the sake of being racist and cornier than Corny Collins — but she can also be a very sympathetic character.

Amber's backwards and unacceptable viewpoints are a product of the society in which she lives and the privilege she benefits from. She clearly lives under the thumb of a domineering stage mother who uses Amber's success to feed her own memories of her glory days. Amber's boyfriend also drops her like a bad habit for the first more interesting girl to come along. We may not like Amber, but we can empathize with her on a certain level.

I think that Snow managed to bring that level to Amber when she portrayed her in the 2007 movie, and Cameron definitely has the potential to add dimensions to the role. After all, the most compelling antagonists are the ones that we can understand and feel for, even as we hate them and root against their goals. In the right hands, Amber is an even more compelling antagonist than her mother Velma could ever dream to be. Sorry, Miss Baltimore Crabs.