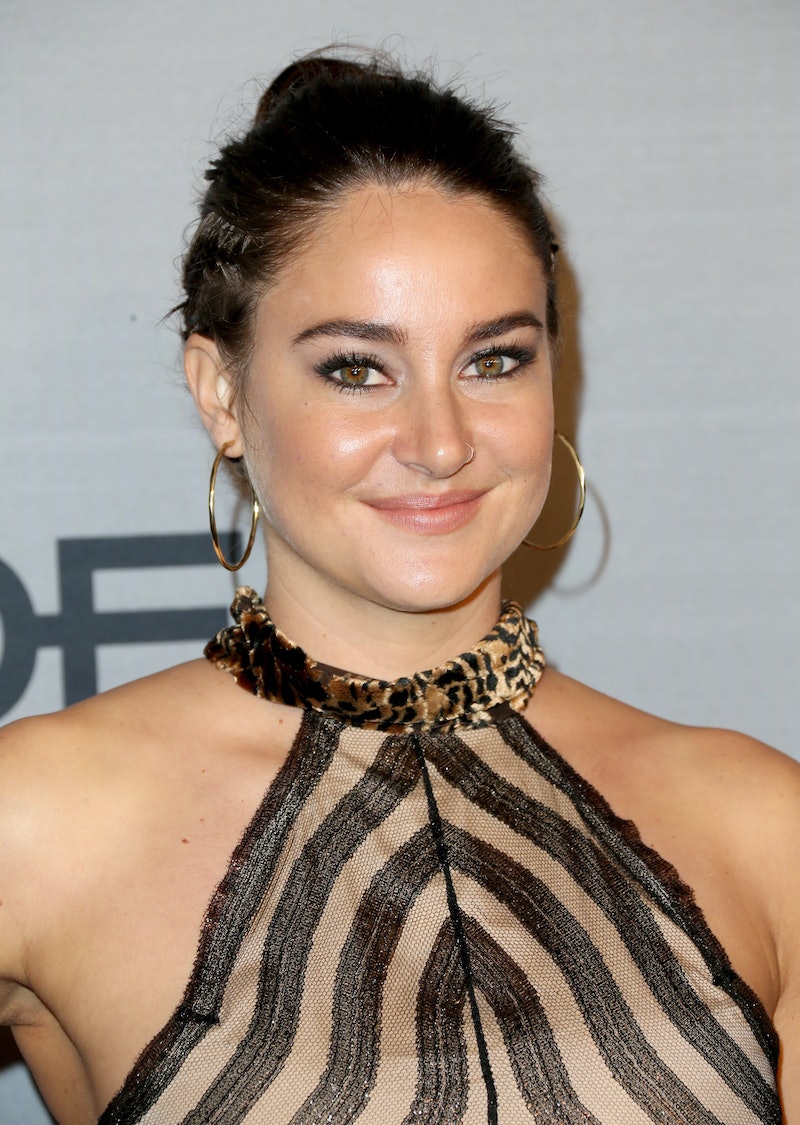 Shailene Woodley was the celebrity voice who informed me most about the ongoing situation concerning the Dakota Access Pipeline being built in Sioux County, North Dakota. On Oct. 10, Woodley was arrested while protesting along with other activists, so, in light of the victorious news on Dec. 4 that the U.S. Army Corps of Engineers declined to grant an easement for the Dakota Access Pipeline, I was curious to see how she would celebrate, considering she had amplified this issue over the past few months. In a bit of a surprising move, Woodley reacted to the DAPL news in lighthearted way, but her reaction is honest and there's no doubt that this moment will be followed with more hard work from the actor.

Granted, Woodley could have reacted many different ways in private, but her public reaction to the DAPL news via social media offered a light respite amongst the heavy and harrowing news that had been spreading the past few weeks. The 25-year-old took to her Twitter to share a very simple message post-DAPL news: "soooo how many #NoDAPL babies you think are going to be made tonight?!" Well, probably a lot.

Hey, they've all been working hard, right? I think a little celebration should definitely be in order. Via her Instagram account on Dec. 3, Woodley shared that she was already planning a return to Standing Rock, so it's safe to assume that she will properly celebrate with the people she has been fighting along with once she arrives.

While the people who have been vocal in the fight against the DAPL have every right to celebrate this momentous victory, it is important to remember that the fight is far from over. Based on her serious involvement with the movement, Woodley will undoubtedly continue to support and work with Standing Rock to assure that these positive steps are not quickly overturned. Some Native people have indicated that it is crucial for everyone to stand their ground even after this good news, as a Standing Rock member told USA Today, "It's not over. It's never over...They say one thing and do another."

After the DAPL news was released, celebrations and fireworks lit up the sky above the Oceti Sakowin Camp, while prayer and drum circles erupted through the air, according to The Huffington Post.

There is a lot of work to be done, but keeping the morale and spirit up is important, so a victory must be acknowledged. It's important to acknowledge those who have worked tirelessly, before the work and progress can to be made.