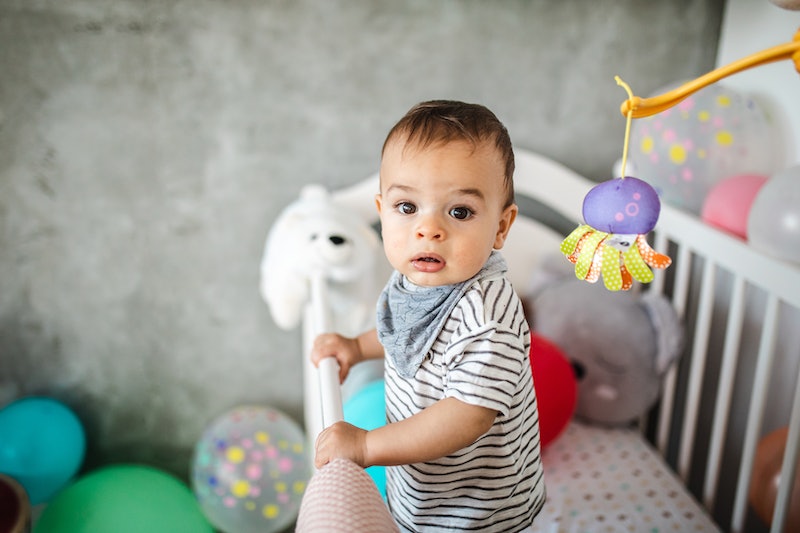 Thor. Freya. Orion. Pandora? No, this isn’t a casting list for the next Marvel movie — it’s the potential class roster coming to a preschool near you. Writing for TODAY, Nameberry co-founder Pamela Redmond Satran discusses baby name trends for 2017, and the forecast is distinctly… god-like. Spurred by events ranging from the popularity of superhero films to the recent presidential election, powerful baby names are going to be in next year, so be prepared to meet some wee babes with mighty monikers.

Satran says that in 2017, we can expect more babies named after gods and goddesses of a variety of mythological traditions: Thor, Odin, Luna, Atlas, Orion, Zeus, Persephone, and Clio, to name a few. People aren't being shy about their ambitions for their kids: In 2015, five boys were literally named “God.” Another five were dubbed “Yahweh,” 20 were named “Lord,” another 27 “Savior,” and more than 1500 were named “Messiah.” Not to be left out of the omnipotent party, 40 girls were named “Goddess” that year.

Satran suggests that “evil power baby names” (a phrase that fills me with joy) will also be trendy, so you may soon see an adorable little Lucifer, baby Lilith (named for a demon in Jewish folklore), and tiny Kali (a Hindu destroyer). (And in this vein, might I suggest “Loki”? A baby would look amazing with some giant golden horns.)

Religion and mythology aren’t the only places that parents are looking to for powerful names. Satran predicts a surge in babies named for feminist heroines. These badass babies will be able to thank powerful women like Ruth Bader Ginsburg, Simone de Beauvoir, bell hooks, Rosa Parks, Ada Lovelace, and Eleanor Roosevelt for their names.

And if human or god-like names aren’t powerful enough, some parents in 2017 will turn to the animal kingdom for inspiration. Keep an eye out next year for babies named “Bear,” “Fox,” “Lynx,” “Falcon,” “Lionel,” and “Wolf.”

Not every baby born next year will be named for a powerful figure. Other sources of inspiration will be literature, from character names like Sawyer and Ramona, to author names like Austen, Poe, and Wilde. Downton Abbey fans like to channel their fandom in their naming, so you can expect to see more Coras, Violets, Ediths, and Sybils crawling around soon.

Inspirational names are also on the rise — parents are naming kids after virtues and states of being, like “Grace,” “Patience,” “True,” and “Justice.” (You may recall that Rob Kardashian and Blac Chyna jumped on this trend, with their daughter, Dream.)

The takeaway from Satran’s predictions for 2017 is that the boundaries of what can and can’t be a name are becoming more permeable. People are getting more and more creative with their sources of inspiration, their spellings, and the gendering of names. The days of having 12 Jennifers in your first grade class seem long gone.