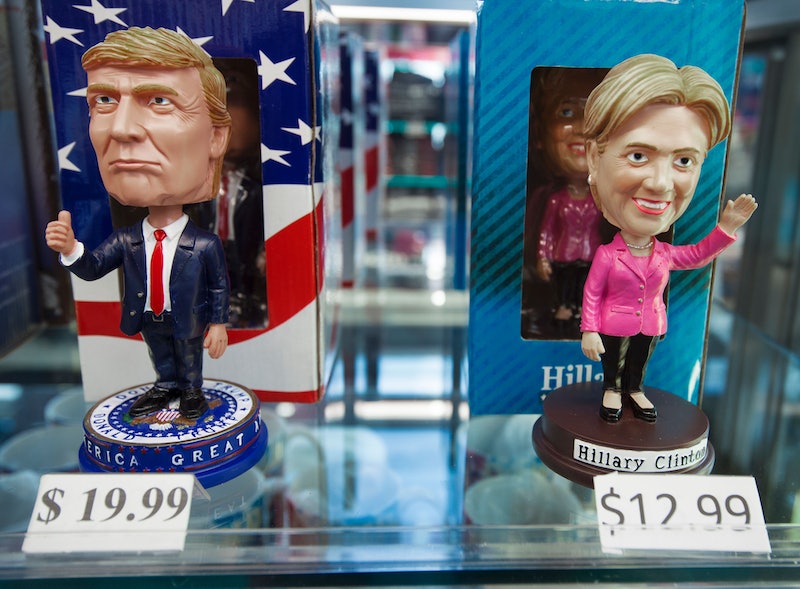 Although we voted on Nov. 8 and thought the presidency was decided then, the members of the Electoral College don't cast their ballots — which are what actually make things official – until Dec. 19. While the vast majority of electors vote for the candidate to whom they are pledged, some "faithless electors" defect from their pledged candidate and cast a vote for someone else. While this year's faithless electors are getting more attention than usual, there certainly have been examples — albeit rare — in previous elections.

This year, a group of seven electors called the "Hamilton Electors" has banded together to vote for someone whom they feel would be a more suitable president than Donald Trump. They are channeling Alexander Hamilton, because in his Federalist Papers, Hamilton wrote that the Electoral College exists to prevent any unqualified person from assuming the presidency. While they are Democrats who are actually pledged to Hillary Clinton, they say they are planning to vote for an alternative Republican, and are hoping Republican electors will follow suit.

Politico reported that the Hamilton Electors are gunning for Ohio Gov. John Kasich to be the alternative Republican, though when asked how the governor felt about the faithless electors, Kasich's top adviser, John Weaver, said, “There’s no question Trump won enough votes in the states to receive over 270 votes when the members of the Electoral College meet."

The number of faithless electors this year is what sets them apart. Since the 2000 presidential election, there has usually only been one faithless elector in a single election year. In 2004, it is thought the the lone faithless elector broke with conformity solely due to a clerical error. An elector voted for John Edwards for both president and veep, rather than John Kerry for president. This is widely considered to have been just a mistake.

But some faithless electors are defiant and deliberate in their vote. In 2000, Barbara Lett-Simmons, an elector for the District of Columbia, abstained from voting to protest the lack of congressional representation for Washington, D.C. In the three times Richard Nixon ran for president, he never received all of the electoral votes that were pledged to him, with one elector deviating in 1960, 1968, and 1972.

As FairVote notes, throughout the 1800s, there were larger groups of faithless electors, who coordinated their protest votes. The largest discrepancy was in 1872, when 63 electors refused to cast their votes for Democrat Horace Greeley, because he died after Election Day but before the Electoral College convened.

The first faithless elector was in 1796, when Samuel Miles cast his vote for Thomas Jefferson rather than John Adams. It was pretty scandalous at the time, and he faced a lot of backlash for not adhering to the will of the people.

So how are faithless electors allowed to do this? While 29 states and the District of Columbia have laws that require their electors to cast their vote in accordance with the state's vote, the penalty for not adhering to those laws is usually a small fine or a misdemeanor. Effectively, the penalties are not drastic enough to make faithless electors reconsider. Moreover, no faithless elector has ever faced punishment under these laws.

These faithless electors have never changed the election outcome, but it remains to be seen if the Hamilton Electors will be able to drum up the support they need to challenge a Trump presidency.