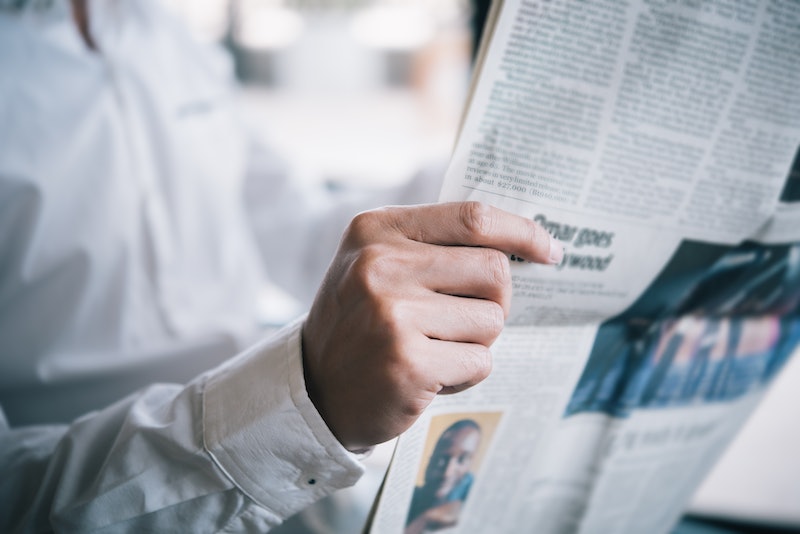 Monday is the second annual Love My Newspaper Day, when readers are encouraged to share why they read, subscribe to, and love their favorite newspapers. But besides using the #LoveMyNewspaper hashtag on Twitter to show love for your favorite paper, one of the best ways to support journalism is to buy an actual subscription to your favorite local paper.

It's no secret that the newspaper industry has been in decline over the past few years, and newsrooms are struggling to retain the journalists, photographers, and editors they so sorely need to do their work. Although national news outlets such as the New York Times and the Washington Post need and deserve support from readers, we can't overlook the local newspapers which keep local elected officials and other community powers accountable in ways that bigger papers cannot. Despite their small sizes and limited resources, local newspapers do crucial work, and are perhaps most vulnerable to the restrictions on press freedoms which may happen under a Donald Trump presidency.

Journalism is a worthy investment for all Americans, especially as it stands to come under threat in the coming years. Here are just a few of the many reasons you should buy a local newspaper subscription today.

Earlier this year, the Florida state House and Senate approved $3 million in funding to state-run mental hospitals. However, this badly needed action would have never happened if it weren't for the Tampa Bay Times and Sarasota Herald-Tribune 's Pulitzer-Prize-winning reporting on the widespread violence and neglect happening at institutions across the state. Because of their investment in the communities they live in and report on, journalists at local newspapers are positioned to uncover problems at the state and local level that national outlets simply can't. And, perhaps most importantly, their involved and sustained reporting can lead to changes for the better.

The Fort Lee lane closure scandal, more commonly known as Bridgegate, was a huge story in 2014, with everyone from the New York Times to the Los Angeles Times reporting on it. However, it wasn't a national newspaper that broke the story. Rather it was a reporter named Stephen Borg from the little-known Bergen Record . Other examples of stories by local papers that went on to become national news include Wendy Davis' 11-hour filibuster in 2013, the Malheur National Wildlife Refuge standoff, and even Antonin Scalia's death. Thriving local news media is not only important to local communities, but for the nation as a whole as well.

John Oliver put it best earlier this year when he told viewers of his HBO show Last Week Tonight, "The media is a food chain which would fall apart without local newspapers." Shows and newspapers with national and international reach like Last Week Tonight, The Rachel Maddow Show, and so many others often rely on reporting from smaller news outlets for their stories. If local news outlets dry up, so do those larger ones that often get the credit for informing the country at large.

Local Newspapers Bring Jobs To Those Outside of NYC, DC, And LA

It's not an easy time to be a news reporter, and times are tough for those who do not live in or want to relocate to cities like New York, Washington D.C., or Los Angeles, where a large number of news jobs are located. If you too live outside of these metropolises, buying a subscription to your local newspaper both keeps those outlets afloat and provides jobs for reporters, photographers, and editors in your community.

This is important not only for local economies and news organizations, but also helps to diversify the news landscape as a whole. As the Neiman Journalism Lab reported in March, as journalism jobs become more and more concentrated in major coastal cities, the news we get becomes more and more myopic and homogenized. Buying a subscription to a local newspaper is just one way to fight that.

There are so many more reasons local newspapers are important to local and national communities and American democracy. Support your local newspaper by buying a subscription, and find some of your own reasons today.