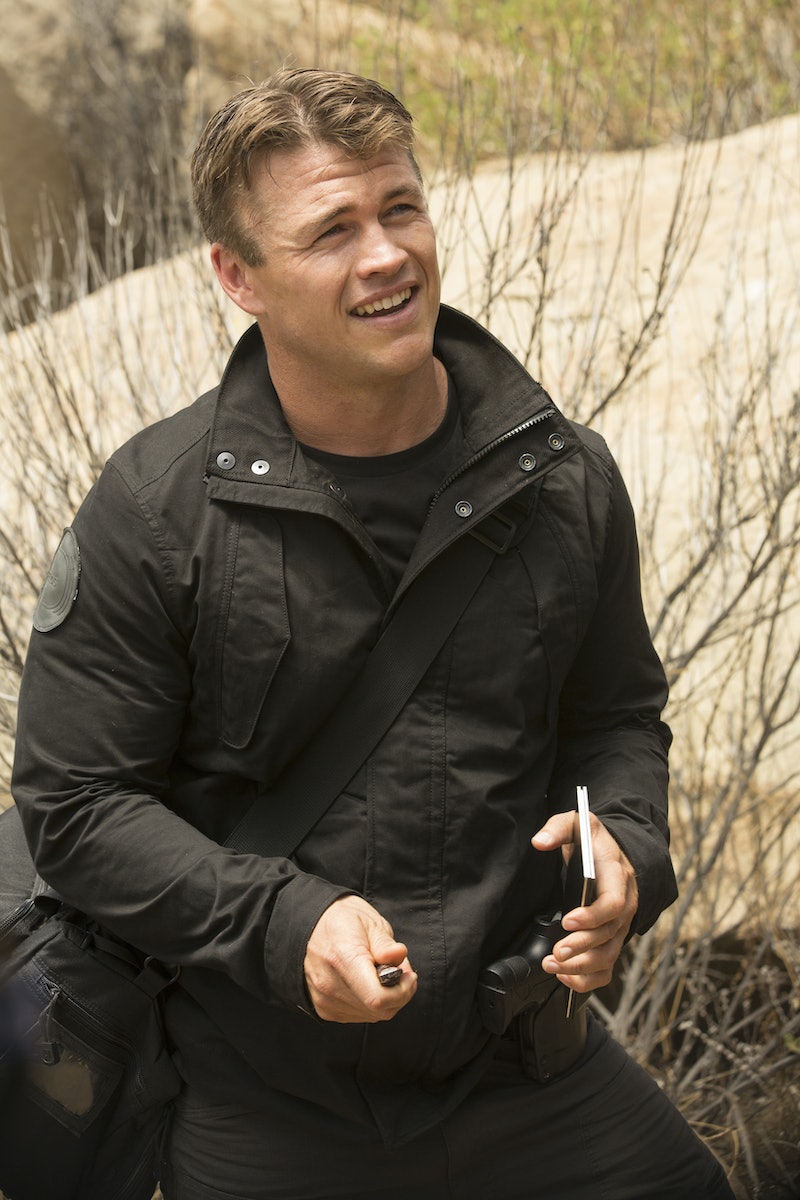 Among all of the fan theory confirmations, surprise twists, and enticing reveals on the Westworld finale, there were still some major questions to be answered. But before we get to pondering whether there will be a Samurai World in Westworld or if Maeve will indeed go back into the park to find her daughter, we need to ask about Westworld's most handsome security chief. Where was Stubbs on Westworld's season finale? While my gut instinct is to say that something very ominous, and perhaps fatal, happened to him when he went out into the park to look for Elsie, I think there's reason to believe he may actually still be alive. In fact, I think Stubbs' absence could actually be a good thing for Westworld Season 2.

It wasn't hard to notice that Stubbs had yet to resurface on Sunday's powderkeg of a finale. While we got one glimpse inside the park's control room — complete with a holographic topographical map of the park — it was not to highlight Stubbs' safe return. His failure to resurface after being attacked by a few Native American hosts may leave some thinking very bad things. As with Bernard killing Elsie, it's easy to assume that the hosts who ambushed Stubbs were programmed to kill him, too. But Westworld is a show that likes to keep its best reveals waiting in the wings; I think that Stubbs may actually have found a way to suppress his attackers and will return to save his co-workers who are trapped in the Mesa's control room. Wouldn't that just be a heck of a reveal?

It's all too easy for Stubbs to have just been taken out by a couple of hosts. If he survives, and I definitely think he will, then his return to the Mesa would mean he would be able to save those currently locked down in the control room. Additionally, he would be able to figure out what the possible new threat to the security system is — which is alluded to not on the show but on the Discover Westworld website, of all places.

The website was originally intended to act as a promotional website for the fictional park but now, in the time since the finale aired, it would seem the site is malfunctioning in ways that mimic the upheaval that happened in the finale. Among the Easter eggs that come with nosing around, the site's host Aeden reveals something troubling when you ask the whereabouts of particular characters. When I myself asked about Stubbs, Aeden's reply was, "The gods have been cast to the mortal coil. They are currently in a prison of their own sins, and you would be wise not to join them." Is the prison Aeden mentioned actually referring to the control room operatives being locked in? If so, are all of the systems in Westworld turning against the humans, implying that a mass sentience has been achieved?

If this is the case, then Stubbs may actually be in a lot of trouble but his survival outside of the Mesa, which could now be doubling as a prison for Westworld employees, could mean that he is a valuable asset. He could combat whatever security threat is keeping the employees locked in and maybe, just maybe, he could help bridge the divide between vengeful hosts and innocent humans.