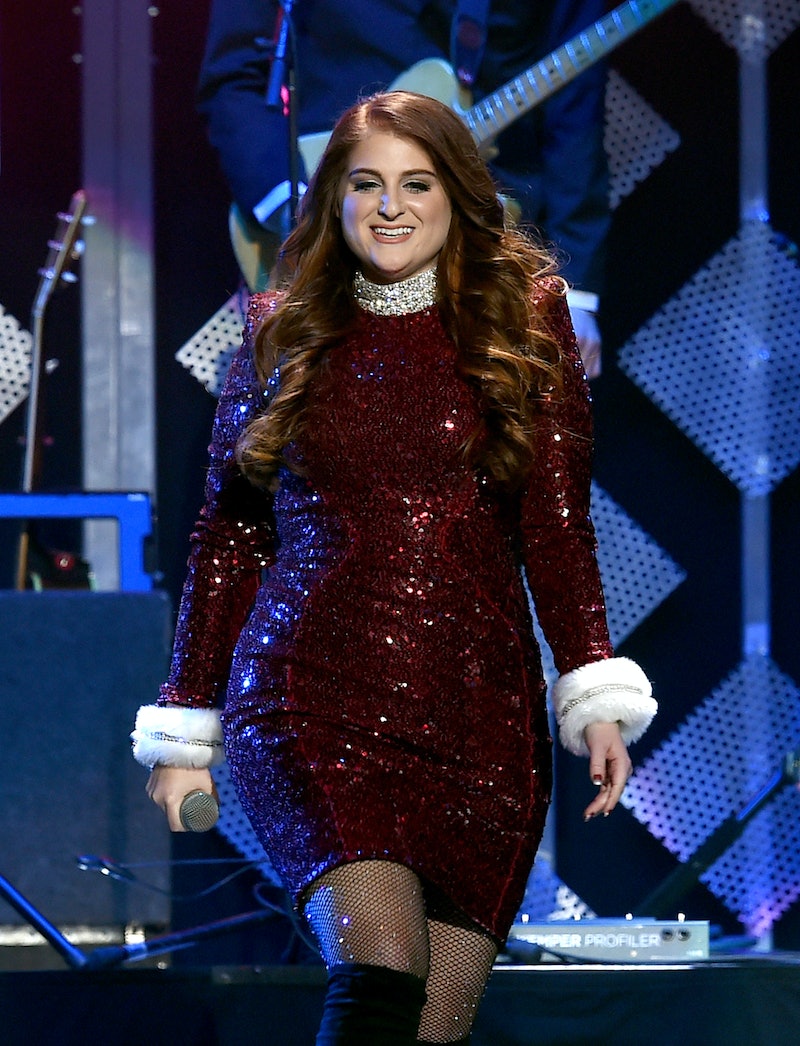 Blue, er, big news, Megatronz: the pop star behind megahits "All About That Bass" and "Lips Are Movin'" will be lending her musical stylings to the upcoming Smurfs movie. On Monday, Sony Pictures announced that Grammy Award-winning singer/songwriter Meghan Trainor recorded a new song for Smurfs: The Lost Village, the Kelly Asbury-directed reboot of the franchise. The track, which is titled "I'm a Lady," is written and performed by Trainor, and is produced by Trainor, Martin Rene, and Monsters & Strangerz ("Hey Everybody" by 5 Seconds of Summer, "Cheyenne" by Jason Derulo, "Levels" by Nick Jonas). Between Smurfs and The Peanuts Movie , it looks like Trainor is on her way to mastering the animated movie soundtrack market, eh?

“I love the Smurfs and was honored when they asked me to write a song for this new movie,” said Trainor in a statement. “I was especially excited – I wrote the whole thing in one evening!” Smurfs: The Lost Village stars Demi Lovato, Rainn Wilson, Joe Manganiello, Jack McBrayer, Danny Pudi, and Mandy Patinkin (who is the perfect choice for Papa Smurf). The film is slated to hit theaters on April 7, 2017, so mark your calendars now. According to the press release, the newest Smurfs tale will follow Smurfette and her Smurf friends an an epic adventure through the Forbidden Forest to find a mysterious lost village — and she may even stumble across the biggest secret in Smurf history. Smurfs: The Lost Village is sure to be a fun time for all.

Trainor's song “I’m a Lady” will be out sometime before the movie is released in theaters. Know what that means?

It's time to practice your Smurf dance moves. Gotta be ready for "I'm a Lady" — and what is sure to be another great Trainor tune.