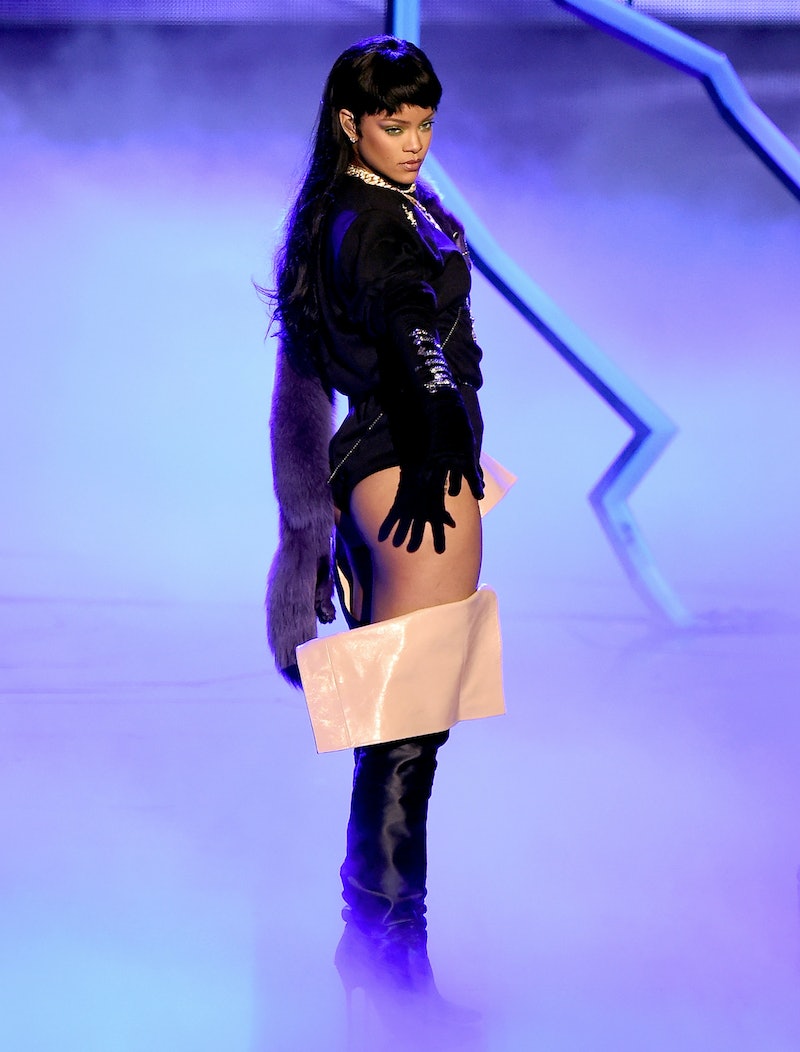 The 2017 Grammys may have a whopping 84 categories, but there's one that stands out above the rest: Album of the Year. Spanning all genres and recognizing a complete work, it's always a highly coveted award. But with only five nominees and an incredible pool to choose from, there are a lot of snubs for the 2017 Grammys' Album of Year category. The good news is, because there are so many categories, many of these albums were recognized in other ways. Still, there's a certain pedigree that comes with an Album of the Year nomination, because these albums stood out from all of the others, not just those in the same genre.

As far as who did make the cut, the five Album of the Year spots went to Adele for 25, Beyoncé for Lemonade, Justin Bieber for Purpose, Drake for Views, and Sturgill Simpson for A Sailor's Guide To Earth. While these five albums are certainly deserving of the honor (and let's be honest, no matter who else is nominated, we all know it's going to come down to 25 and Lemonade), there are some other artists who released truly excellent albums this year that deserve to be recognized on the largest scale possible. Here are the biggest snubs for Album of the Year.

Though Rihanna's best album to date earned six Grammy nominations (and the singer picked up an additional two nods as a featured artist on Kanye West's "Famous"), the full body of work really deserved a spot on the Album of the Year list. There is consolation in the fact that her single "Work" scored a nod for Record of the Year, another genre-spanning category.

Once you were able to wrap your head around the fact that Chance was nominated in the Best New Artist category, you probably noticed that he's missing from all three major categories. If the Grammys consider Coloring Book "the recording that first establishes the public identity of that artist or established group as a performer," as defined by their New Artist guidelines, then I suppose it's not very surprising that they didn't give it more accolades. Clearly, they're sleeping on Chance.

Released just two days before his death, many fans hoped that David Bowie would receive a final Album of the Year nomination for Blackstar, making this a truly heartbreaking omission. Bowie didn't win as many Grammys throughout his expansive career as you may thought (just one so far), but the 2017 Grammys do have a chance to honor him in other categories: Best Rock Performance ("Blackstar"), Best Rock Song ("Blackstar"), Best Alternative Music Album, Best Recording Package, and Best Engineered Album, Non-Classical.

Another heartbreaking snub, the continuation of Prince's Hit N Run was released a few months before his death in April 2016, making it eligible for Album of the Year. If his final album being overlooked in this category doesn't hurt enough already, Prince only picked up one nomination for the 2017 Grammys, Best Engineered Album, Non-Classical.

This Is Acting, Sia

Sia's first album, OnlySee, was released in 1997, and in the past almost 20 years, she has not received an Album of the Year nomination. In fact, the 2017 Grammys mark the first time she's nominated in any album category, as her previous five nominations (none of which lead to wins) were for "Wild Ones" and "Chandelier." Though she didn't nab Album of the Year for This Is Acting, it was recognized in the Best Pop Vocal Album category.

The Life of Pablo, Kanye West

Album of the Year has been a tough category for Kanye throughout his career. Of his eight albums, only three have been nominated in the category (College Dropout, Late Registration, and Graduation), and in recent years, the Grammys have overlooked some of his best, most groundbreaking work. Unfortunately, that trend continued this year with The Life of Pablo, which — aside from individual song nods — was only nominated in the Best Rap Album category.

Though these albums deserved a spot on the Album of the Year nominations list, let's hope that they will be recognized with wins in their other categories when the 2017 Grammys are awarded on Feb. 12.