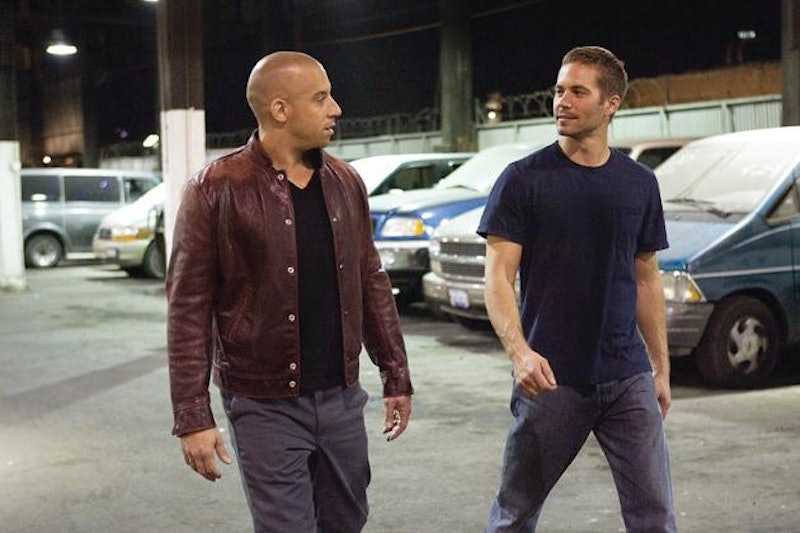 The Fast and Furious films seemed to be a franchise that would never die. Yet this theory all came to a hault when the film's biggest star, Paul Walker, died unexpectedly late last year. It's been a mere few months since the actor passed away, but it's been five years since Fast & Furious, one of the many films in the franchise, turns five. So to celebrate the movie turning half a decade old, here's six things you might not know about the movie.

1. The film had the biggest April debut in history.

2. Composer Brian Tyler only had three days to record the orchestral score, thanks to Universal Pictures bumping the release date from June 12 to April 3rd.

4. Vin Diesel is hugely comitted to his craft, especially on Fast & Furious. Director Justin Lin said of the actor: "Anything that feels false, you have to keep working at it until it just comes out. Vin is very methodical. You can literally talk to him for 10 hours on a half page scene if we had the time and there were some times when we did talk quite a long time."

5. The hardest part to film was the tunnel scene. Lin said, "The tunnels were something that had never been done before. The truth is you can’t move real tunnel walls. They’re there. And I wanted angles and you just can’t do it. At the same time, you can’t just run these cars through a parking lot and then just put a tunnel around it because there’s lighting issues and refractions, reflections, and stuff like that. So we literally had to go and find this super long warehouse and we had to build our own tunnel."

6. Paul Walker spoke about why men love cars so much, and the eerie accident he got in five years before his speed-enduced death. He said: "Alright, I’m a man. I can stand on my own two feet; I can drive myself around; I can pick up my girlfriend; I can take her to a movie; I can take her out to eat. Some of us are fortunate enough to experience speed. If you don’t experience it in a car, maybe it’s a rollercoaster, maybe it’s from downhill snow skiing. A lot of us find this affinity for speed and that exhilaration, and guess what? You can find that in certain cars too." He continued to reference an accident he had on a motorbike, where he ran into the back of a car at 50 miles per hour. "I tore my rotator cuff, my MCL, my ACL. I didn’t break anything. I had backpack on and I managed to roll over on my backpack but I cracked my helmet. I hit my head first, boom, and rolled over. I was wearing a full face helmet, thank god, and cracked it." The interview concluded on an ironic, and painful note: "I have my daughter Meadow’s name in a tattoo on my wrist, which keeps me from doing stupid stuff. It makes me think before I do something."