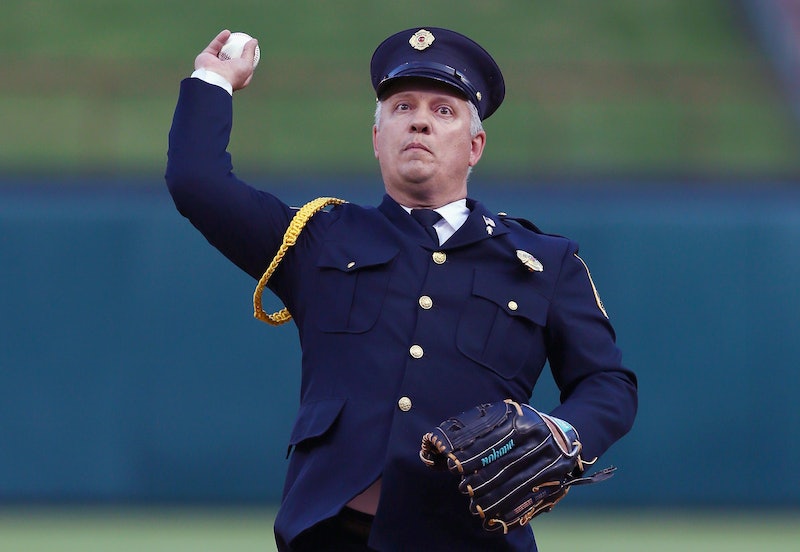 If you've been nervously researching faithless electors over the past several days, exploring basically the last means possible for Donald Trump to be kept out of the White House, make sure to temper your hopes and enthusiasms. With an electoral college majority of 37 votes, it's overwhelmingly unlikely anything is going to be able to stop him, barring mass elector defections of an utterly unprecedented scope. But one such elector went public this week, and he's caused quite a stir ― some reactions to Christopher Suprun have been hugely positive, despite the undeniably radical step he's taking to reconcile his position with his fears about a Trump presidency.

Suprun, a presidential elector from Texas who served as a first responder with the fire department in the aftermath of the 9/11 attacks, published an op-ed in The New York Times this week making his position very plain: he will not cast his vote for Trump. And not for the reason an elector might comfortably justify that decision ― not because he thinks Trump losing the popular vote by millions should exclude him, but simply because he "shows daily he is not qualified for the office."

The stance has predictably drawn a lot of fire and outrage from Trump supporters online, but it's also caused many people to laud his decision, too. Here are 11 such examples, of people who are excited by Suprun's act of defiance:

Unfortunately for Suprun and the people supporting his cause, the likelihood that enough electors would revolt to actually dip Trump below 270 electoral votes is doubtful in the extreme. But even if it happened, unless those electors swung to Hillary Clinton and nobody else (Suprun is not planning to support Clinton) it's little more than a symbolic gesture, as the choice would then go to the GOP-led House of Representatives, which would almost certainly choose Trump. But all the same, there are plenty of people who admire the stand he's taking.