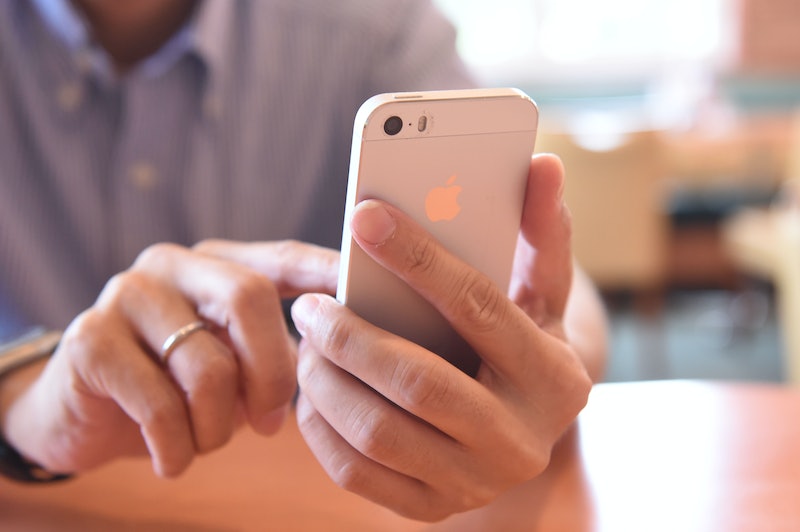 File this one under “Worst Date Ever”: A New York woman recently found herself phoneless after her OKCupid date stole the device right out of her hand and ran away with it. Why did the guy do it? Because she declined an invitation to go back to his place after they were done having a few drinks. Facepalm.

According to DNAinfo New York, the 22-year-old woman went out on a date with the 24-year-old suspect on March 30. Around 1:15am, she told him that she didn’t want to go home with him. An argument ensued, during which the man snatched the woman’s phone out of her hand and ran into the subway.

DUDE. A WOMAN NOT WANTING TO BANG YOU IS NOT AN ACCEPTABLE REASON TO STEAL HER PHONE. It’s not even a reason to get mad at her — if she doesn’t want to have sex with you, she doesn’t have to have sex with you. End of story. And it goes both ways, too; if their roles had been reversed in this strange little drama, the moral of the story would still be the same.

But guess what? It gets worse. After he stole her phone, the suspect hijacked her OKCupid account, uploading photos of her and changing her profile to read, “I’m available for threesomes.” He also started texting her friends, pretending to be her. (More reasons to get a smartwatch instead of a phone, no?)

…I don’t even know what to do with this. I mean, how is it possible for someone to think this is an okay reaction to being turned down? Rejection is a part of life. Learn to deal with or suffer the consequences—which, in this case, happen to be having your profile photo given to the police so they can hunt you down and hold you accountable for your actions. Here’s hoping they catch the sucker soon, because seriously. Dude needs help. Also, maybe it's time to move to one of these cities:

More like this
Are Sagittarius & Capricorn Compatible In A Relationship? Astrologers Weigh In
By Kristine Fellizar
How Does The Hinge Algorithm Work? An Insider Explains
By Lexi Inks
Bumble's "Compliments" Feature Lets You Message Before You Match
By Lexi Inks
This AI Filter Shows How You’d Look In Different Time Periods
By Alexis Morillo
Get Even More From Bustle — Sign Up For The Newsletter