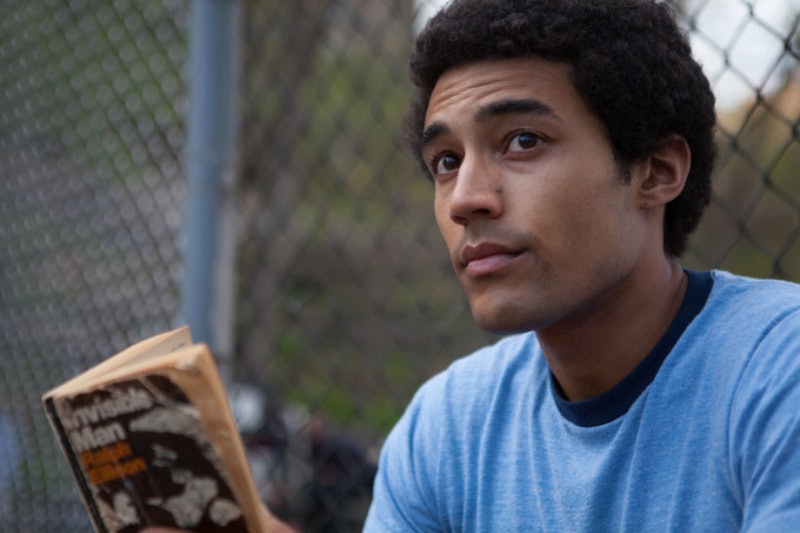 With his exit from the White House quickly (and unfortunately) approaching, President Barack Obama has suddenly become one of the hottest subjects in Hollywood. First there was this year's Southside With You, which dramatized a young Barack's first date with Michelle Obama, and now there's the new Netflix movie Barry. The new film also focuses on Obama in his younger days, but who plays Barack Obama in Barry ?

In the film, Obama is portrayed by actor Devon Terrell. The movie takes place in 1981, and focuses on Obama's time at Columbia University, where he studied political science. The film depicts Obama at an even younger age than did Southside With You , as he had not yet met Michelle while attending Columbia. As such, Terrell, 24, is quite a few years younger than that film's star, 35-year-old Parker Sawyers. And like Sawyers, Terrell was largely unknown before taking on the monumental role of the president. But while Sawyers had a handful of small roles dating back to 2012 before landing his life-changing film, Terrell is actually making his film debut in Barry — a debut that so far is garnering lots of acclaim, with the movie earning an 86 percent rating among critics on Rotten Tomatoes.

Not only is Terrell a young unknown actor, he's not even American. He hails from Australia — though you'd never know it from seeing him play the president — but his ultimate dream role was still to play Barack Obama. And to make sure he did his dream role justice, he went to great lengths to get his portrayal right. "It was a lot of watching [Obama] when he was younger and listening to how he spoke about himself," Terrell told GQ's Scott Tobias. "I'm right-handed, so for two months straight I was just learning everything as left-handed — learning how to write, how to play basketball, everything. I'm such a perfectionist that it wasn't about being good at it — I had to be so good at it. But it was also about finding the awkwardness. The man we see now has a swagger about him, walks around with his chest up high. Looking at him when he was 30, though, he was a different man. And so thinking about him at 21, when he's trying to find himself, he's not as assured."

The young star even altered his physicality to take on the role by taking potassium supplements in order to become lankier. "Devon was pretty jacked when he came to New York," director Vikram Gandhi told Steven Zeitchik of the Los Angeles Times. "One day I saw him drinking potassium and asked him why. He said it was because it could help with lankiness, and he knew Obama was lankier. I mean, who does that? Takes vitamin supplements so he could walk more like a president?"

Despite his relative inexperience as an actor, Devon Terrell took his role as Barack Obama in Barry very seriously — and his hard work is evident in his performance.