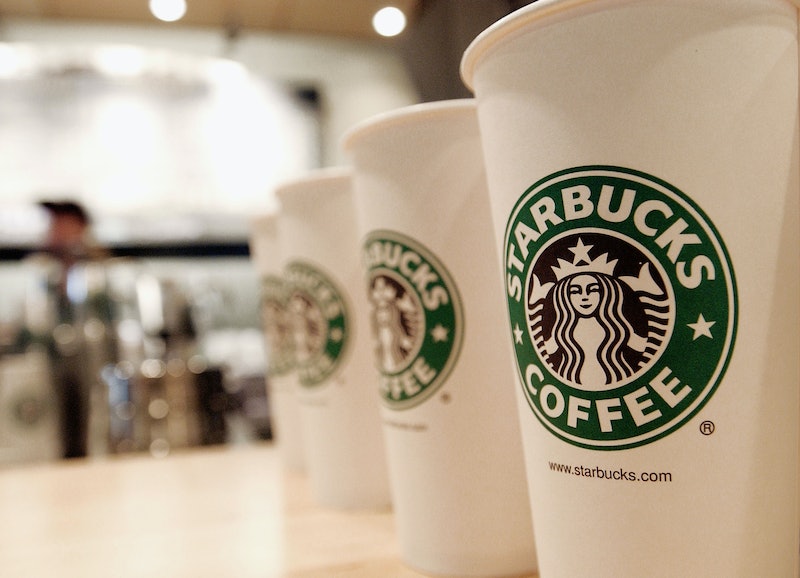 Update: On Jan. 6, 2017, the Starbucks Cascara Latte will become available to Starbucks Rewards members; a nationwide release will follow on Jan. 10.

Earlier: Is there anything quite like a rich, decadent latte in the winter months? If you're a coffee lover, you're in luck, because soon, a new treat will be on the menu: The Cascara Latte is coming to Starbucks in January of 2017. It's a fascinating-sounding new drink, and personally, I can't wait to try it.

We don't have a ton of details about the Cascara Latte yet; the announcement came not as a standalone, but rather as part of Starbucks' biennial Investor Conference, which occurred on Wednesday in New York. The conference presented Starbucks' five-year plan and gave investors a peek into what the company has planned for the coming years. One of those plans is to bring a drink that originated at the Starbucks Reserve Roastery and Tasting Room in Seattle, Wash. to Starbucks locations everywhere — similarly to 2016's release of the Smoked Butterscotch Latte.

So what the heck is a Cascara Latte? First, we've got to talk about what cascara itself is. According to coffee-focused publication Fresh Cup, "cascara" refers to the outer "shell" of a coffee cherry. These shells usually have a sweet, fruity taste to them, which makes sense because coffee is a fruit. Weird, right? Historically the "shell" of the coffee bean just end up being disposed of, because what farmers are actually after is, of course, the bean we use to make our daily brew. Recently, however, people have been trying to find ways to use the cascara to cut down on food waste, including making drinks like cascara tea.

It's unsurprising, then — given Starbucks' emphasis on sustainability — that the company would asked baristas to dream up a new drink which incorporates cascara. This recipe creation takes place at the Starbucks Reserve Roastery and Tasting Room, where baristas are regularly challenged to create new drinks based on the month's themes and flavors.

Lo and behold, the Cascara Latte was born. For the Starbucks Cascara Latte, the base is simple: Baristas begin with classic Starbucks espresso and the steamed milk of your choice. The cascara adds notes of dark brown sugar and maple to make the latte feel both sweet and rich, though not too dessert-like.

As of right now, we don't know much about the Cascara Latte, including when precisely it will be released, how long it will last, or what it will cost; more information should be forthcoming, though. According to a press release about the Investor Conference, January 2017 will be the month to watch — so stay tuned for more!

Personally, I think it's always awesome when organizations try to be more eco-friendly and come up with creative ways to reduce waste. And besides, who doesn't want a hot coffee rich with brown sugar and maple tones as your morning drink? I know I do. Happy sipping, everybody!

More like this
10 Pumpkin Recipes That Are Way More Creative Than Pie & Lattes
By Rebecca Deczynski and Alexis Morillo
On TikTok, Tinned Fish Date Night Is The Latest Viral Food Obsession
By Emma Carey
The 8 Best Fridge Organizer Bins To Tidy Everything From Produce To Drinks
By Rachel Dunkel
60 Gifts That Are Selling Out On Amazon Because They're So Freaking Clever
By Allison Bolt
Get Even More From Bustle — Sign Up For The Newsletter