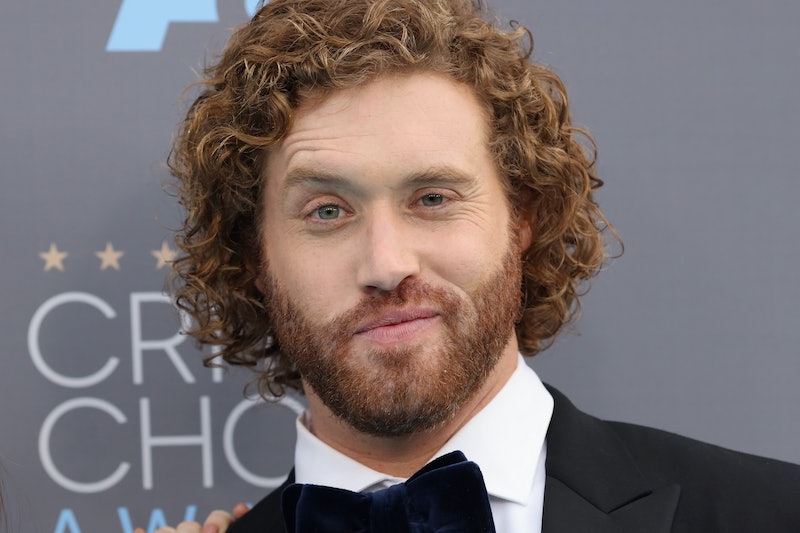 Lest you thought the 2016 awards season was over, there’s still one last ceremony to catch before year’s end. The Critics' Choice Awards will air on Dec. 11 at 8 p.m. ET on A&E, and it’s not a show you’ll want to skip. It may not be among entertainment’s biggest nights, but it’s certainly an important one, so if you won’t have access to a television, you’ll need to figure out how to stream the Critics' Choice Awards.

It’s a pretty safe bet that you’ll have a couple of options. The A&E website has a very user-friendly continuous live-stream, where it aired last year’s event. All you have to do to watch is login with a cable provider and you should be able to see the entire red carpet and ceremony from your computer. If you don’t have cable, this year also has the added bonus of a partnership with Entertainment Weekly. The outlet streamed the film nominations online and though it appears that the website won't be streaming the actual Critics' Choice Awards, EW did announce that it will offer a live stream of the red carpet beginning at 7 p.m. ET. As part of the partnership, the People website will also stream the red carpet. Beyond that, you might have to persuade a generous friend with cable to let you watch the actual show at their place, but here are a couple starter points to help you plead your case.

It’s Often A Gauge For the Oscars

Remember when I said the Critics' Choice Awards were important? That wasn’t just an opinion — the show is often a good indication of what will win big at the Academy Awards come February. Over the last 10 years, the film that won best picture at the Critics’ Choice Awards has gone on to win at the Oscars eight out of 10 times. Nominated this year are Arrival, Fences, Hacksaw Ridge, Hell or High Water, La La Land, Lion, Loving, Manchester by the Sea, Moonlight, and Sully.

Most awards shows keep their focus on one aspect of the entertainment industry — movies, television, music, what have you — but the Critics' Choice Awards are a double hitter. In the past, they’ve honored TV and film on separate nights, but this year seems to tackle each in one fell swoop. According to the Critics' Choice website, both categories are listed to air on Dec. 11. Listen to the Grammy nominees during the commercial breaks and you’ve pretty much hit the trifecta.

Whether you’ve seen him as the knee-slapping star of HBO’s Silicon Valley or Ryan Reynolds' sardonic BFF in Deadpool, you should know Miller is funny. He’s set to take the stage as host for the second year in a row, which means he’s already audience-approved.

The Biggest Stars Will Be There

Denzel Washington, Ryan Gosling, Natalie Portman, and Viola Davis are just some of the famous faces up for major awards, so whether it's through the A&E website or a friend's TV, make sure you tune into the Critics' Choice Awards on Sunday, Dec. 11.

More like this
Kimberly J. Brown & Daniel Kountz Looked Back On Their ‘Halloweentown’ Romance
By Stephanie Topacio Long
All The Sneaky Lindsay Lohan Movie Easter Eggs In Her New Ad, Explained
By Stephanie Topacio Long
Hannah Khalique-Brown Has Her Sights Set On 'Strictly'
By Frances Stewart
Anya Taylor-Joy Might Be Engaged To Her Musician Beau
By Jack Irvin and Sophie McEvoy
Get Even More From Bustle — Sign Up For The Newsletter