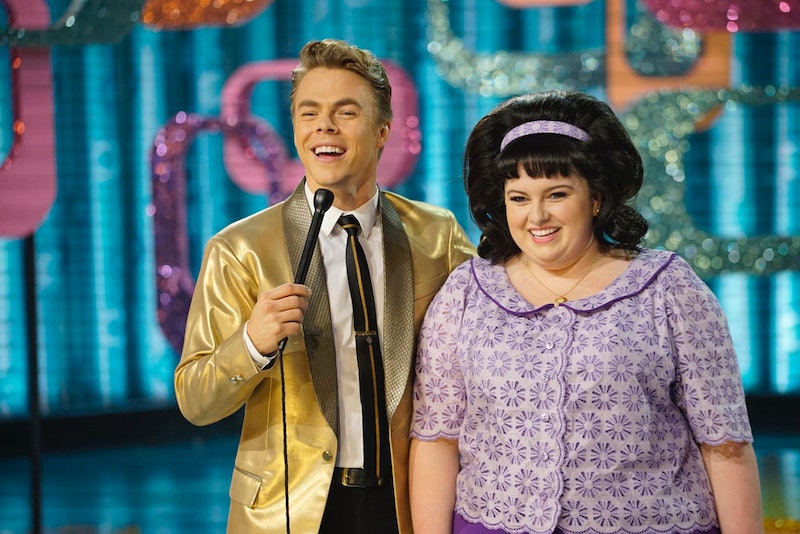 Some may call it “politically incorrect,” but in today’s world, there are just some things you can’t say, and it’s not just because people will be offended. It’s become some things are seriously problematic. People are speaking out about these things now (which I am happy about), and they’re certainly speaking out about one part of Hairspray Live!. Some fans didn't like Link's "unconscious" line being included in Hairspray Live!, and it's a fair point. (NBC did not immediately respond to request for comment on the line being included in the production.)

When Tracy Turnblad gets hit in the face with a dodgeball after an altercation with Amber Von Tussle, she is knocked out cold. Link Larkin, Penny, and Seaweed are standing over her, and Link says, “You’re beautiful when you’re unconscious,” and the show moves into a reprise of “I Can Hear The Bells.” Many fans on Twitter pointed out that saying that someone is beautiful while she is unconscious is in pretty poor taste. It’s worth noting that the line does appear in the original Broadway production of Hairspray, so it hasn’t been added for Hairspray Live! But, I think it’s taken on a different meaning now for many viewers because our consciousness is changed.

Maybe that line would have flown over the heads of viewers in 1988, but, in 2016, people noticed. It's an interesting issue, because does this mean that we should edit lines like that out of modern retellings and remakes of old musicals? Is that censorship? Does it change the fabric of the original show? I certainly don't have the answers to these questions, but I firmly feel that the more people speak up on things that bother them or that should be looked at again, the better.