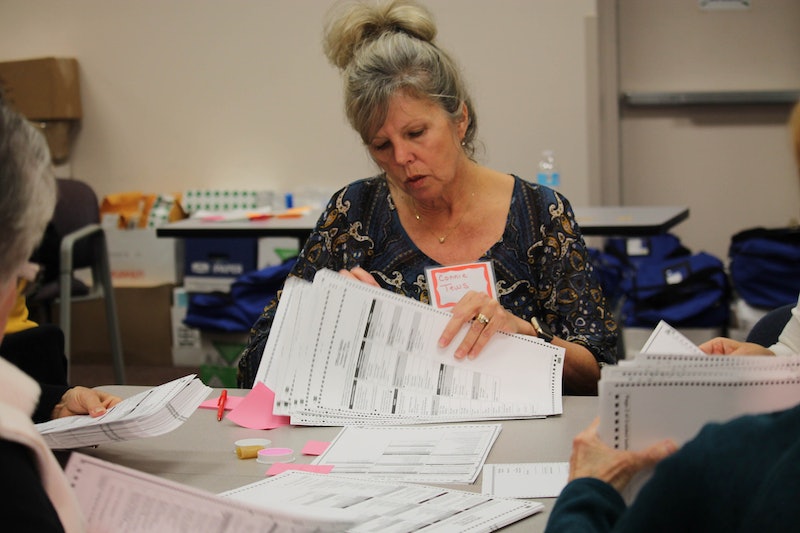 Jill Stein has been pushing for recounts in three states that Hillary Clinton lost to Donald Trump: Michigan, Pennsylvania, and Wisconsin. In all three, the margin of victory was very close, with a difference separating Clinton from Trump less than a full percentage point in Michigan and Wisconsin, and just 1.2 percent in Pennsylvania. Though the recount effort in Michigan has been halted, votes are already being recounted in Wisconsin. Still, odds are basement-level low that any of the recounts will alter the election result, which is precisely why recounts are rare.

In close elections, recounts make sense. That's why most states have automatic trigger laws that stipulate if the margin of victory falls below a certain amount, then a recount is immediately begun, with or without the candidates' petition or approval. But that margin is usually extremely small. For instance, in Arizona, the margin of victory must be below 0.1 percent. That means if all of the roughly 3.5 million registered voters cast their ballots, a candidate would have to win by just 3,500 votes or less. Other states are more generous; Iowa, for instance, will pay for the recount up to a margin of victory of a one percent.

But recounts that involve larger margins of victory and thus must be requested — like the ones Jill Stein is pushing for — are discouraged for two reasons. First, it is extremely costly to do a state-wide recount. The current recount in Wisconsin could very well cost the state more than $1 million. And secondly, historic precedent suggests that only in extremely close elections, where the margin of victory is in the hundreds, not thousands, do recounts end up altering the first announced result.

Take the most famous example in modern memory, the 2000 Florida recount to determine whether Al Gore or then-candidate George W. Bush would win the presidency. Though Bush initially had a lead of more than 3,000, the various recounts eventually cut that down to just 537 votes. But it still wasn't enough to flip the Sunshine State to Gore. And it was a time-consuming and costly enterprise. USA Today and The Miami Herald conducted their own investigation into the recount, dropping $500,000 in the process, and ultimately verifying that Bush had indeed won.

Given the expensive bill on taxpayers and their time, it makes sense that not every election result is recounted. But it is nevertheless imperative to call for a recount when the margin of victory is close, or foul play suspected.