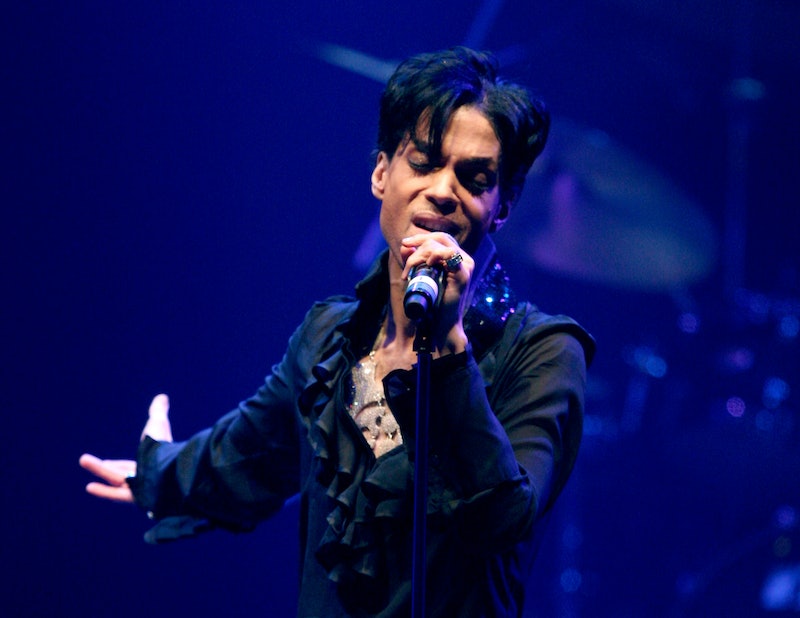 In one Minnesota town, it's not snow that's falling this holiday season, but "Purple Rain." In Chaska, Minnesota, there's a house that's putting on a Christmas light show in Prince's honor. According to Mashable, the house is five minutes from Prince's Paisley Park recording studio, so it only felt right that, this year, they honored the late musician, who passed away this past April. The show is only five minutes, a brief intermission from the 14-minute main event, but it's a quick reminder that Minnesota will always love its native son.

The light show, dubbed "Lights on Pascolo," in honor of the street the house is located, is set to the Prince's hit "Purple Rain." Instead of the usual holiday color scheme, this five minute show is in all purple in tribute to the Purple One himself. While Prince's 1984 song plays, fans can watch a slideshow of Prince images that include him playing this very song during the 2007 Super Bowl Halftime Show. His iconic symbol is also projected into the corner in honor of the man who was not interested in being defined. To add a little extra delight, the purple lights that outline the home don't just light up. They look as if they're dripping off the home, as if purple rain is really falling.

On YouTube, the owner of the house, Mike Staudt, explained their Prince light show tribute, writing,

His passing this year greatly affected our local community. So we decided to honor the great Purple One with a short and simple display during the intermission of our Christmas light show. R.I.P. Prince — we all miss you.

But the light show isn't just for those in town. They're looking to help others in need this holiday season. In an interview with local news station KARE 11, Staudt said that he spent hundreds of hours to set-up more than 10,000 Christmas lights for this Prince light show to help the Ronald McDonald Foundation. Staudt's youngest son Caleb had open heart surgery in March, and he decided that he would use the show to raise money for the charity that helps families with sick children get the care they need.

"It meant so much to us," he told KARE 11. "They helped us get through what was a really challenging time for our family." Now he's paying it forward for those who also need a little help — with an assist from Prince.