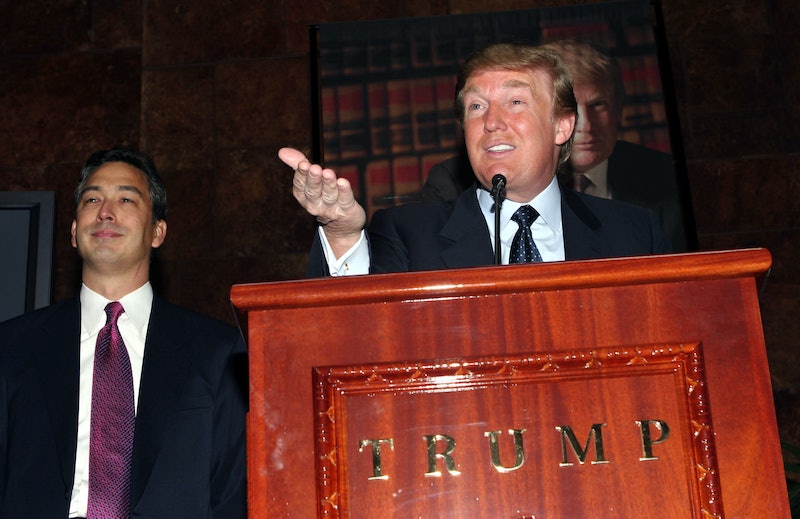 Ohio state legislators just passed an abortion ban, nicknamed the "Heartbeat Bill," and people are still reeling from its possible repercussions both in Ohio and nationwide. And though the ban is on its way to becoming a new law, the bill itself isn't new. Similar heartbeat bills had failed twice before in Ohio, but HB 493, which bans abortions from the moment a heartbeat can be detected, was passed Tuesday. So what changed? Some say Ohio lawmakers were encouraged by Donald Trump's election.

Soon after election day, Trump, who campaigned with an anti-abortion platform, said during a 60 Minutes interview that he intends to appoint a "pro-life" justice to the Supreme Court once he takes office. Anti-abortion lawmakers in Ohio heard the message, and Trump's previous anti-abortion statements, loud and clear. CNN reported that Senate President Keith Faber spoke to reporters after the bill passed, saying his caucus was encouraged by the anti-abortion president-elect's vision for a new Supreme Court justice. Faber added that the bill would now stand a better chance of succeeding if challenged in court. Fears of being eventually ruled unconstitutional have discouraged anti-abortion advocates from pursuing heartbeat bills in the past. Such fears are now subsiding.

Trump hasn't even taken office yet, and he's already wreaking havoc on Americans' reproductive rights. It's clear that Ohioans are in trouble, but what does the state's heartbeat bill mean for the rest of the country?

Pro-choice activists had a number of victories for conservative states this year. In January, the Supreme Court ruled that North Dakota could not enforce its own heartbeat law, which had previously been struck down by a lower court in 2015. In June, SCOTUS struck down abortion restrictions in Texas. The next day, it rejected an abortion restriction appeal in Mississippi. On the heels of those decisions, Alabama Attorney General Luther Strange announced his state would drop its own abortion restriction appeal. Then, in September, U.S. District Judge Dee Benson prohibited Governor Gary Herbert's order to defund Utah's Planned Parenthood branch.

Before Trump's election, Ohio was another conservative state with a failed abortion restriction behind it. It is now one of the worst states in the nation for reproductive rights, and it may gain stiff competition as the effects of the heartbeat bill ripple throughout the country. The ruling could have dire effects on current ACLU lawsuits fighting abortion restrictions in Alaska, Missouri and North Carolina. The ACLU of Ohio already has plans to sue if Governor John Kasich decides to sign the bill into law.

The repercussions Trump's election is already having on reproductive freedoms in the U.S. bode ill for his next four years in office. And anti-abortion laws passed in even one state can have a domino effect. What happened in Ohio is, ultimately, a threat to reproductive rights nationwide.