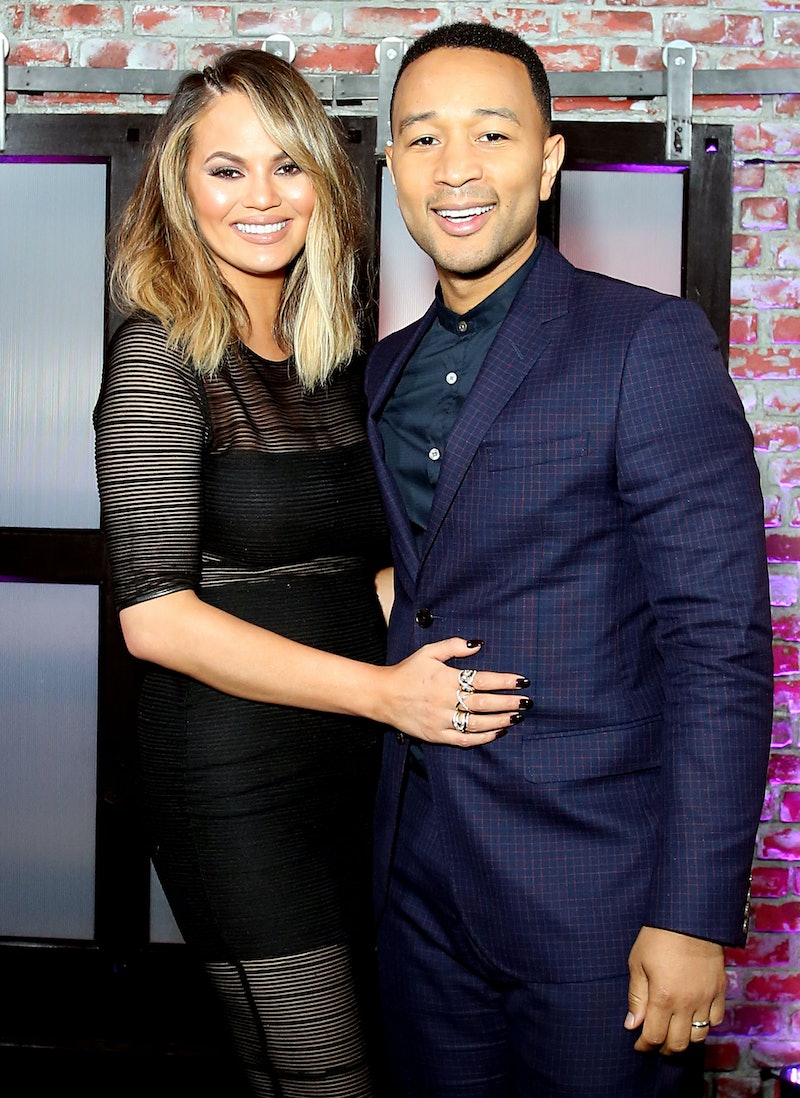 John Legend can make anything sound romantic, can't he? With that magnificent, swoon-worthy voice of his, he could sing about any topic and melt everyone into a puddle. Actually, that just might not be true. There is one topic Chrissy Teigen says John Legend can't make sound romantic. While appearing on Watch What Happens Live Wednesday, Andy Cohen read a question from a fan asking, "John, it seems like your incredible voice can make anything sound amazing. Is there one topic even you couldn't make into a love song?" The question definitely stumped him and he replied, "Hmm... I don't know."

No worries, Teigen stepped up and answered for him. In typical Teigen fashion, she came up with the perfect topic. "Like, periods or something," she quietly uttered. As you can imagine, it caused quite the reaction in the clubhouse. Even Trevor Noah could barely contain his laughter. Legend then replied, "Periods, OK."

I mean, it's true. Could the "All of Me" singer make the menstruation cycle sound romantic? Really, could anyone? There isn't anything romantic about periods — at all. I can certainly attest to that. Sometimes periods are the absolute worst and are viewed as the villain, not the apple of someone's eye.

Obviously, there would be a lot of material for Legend to create a song about periods. From the horrific cramps to the use of tampons and pads to literally bleeding... yeah, nope, there's no way to turn all of that into a love song. Don't get me wrong, Legend's voice is so soothing and I'm sure he could easily come up with a song about periods, but that doesn't mean it'd be considered romantic.

Let me just say the only way I'd ever want Legend ever singing about periods if he actually showed up at my house during my actually period and sang me the song personally. There's no doubt his voice would provide the comfort I so need during those five to seven days.