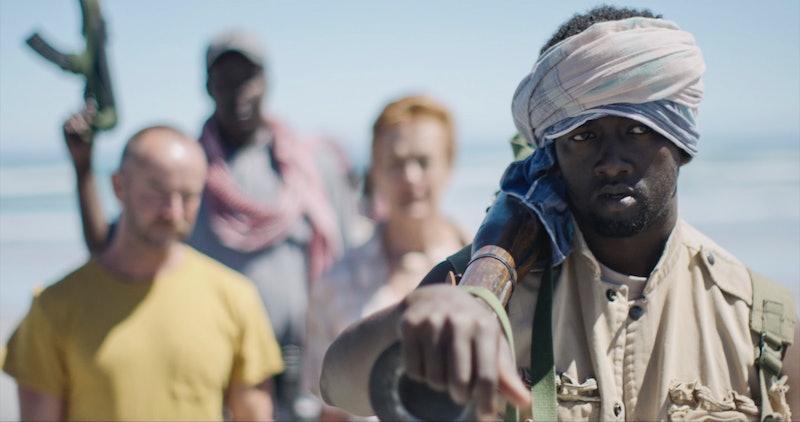 Netflix has been quite simply dominating with each original series they deliver. The newest entry, Captive, is a true crime Netflix docuseries that tells the stories of kidnappers and victims from around the globe. What makes this series so interesting is the fact that they were able to tell the story from both sides. We get the story from the people who were kidnapped and in some cases, we hear from the kidnappers themselves. One episode focuses on the story of a British couple who were held hostage by Somali pirates in 2009. So, how long were the Paul and Rachel Chandler held in captive?

Paul and Rachel Chandler were held for an unbelievable 388 days. Yes, for everyone picking their jaws up off of the floor right now, that is more than a year. They originally set sail on their small yacht, planning to travel from Seychelles to Tanzani. Unfortunately, their ship was taken over by a Somali pirates about 90 miles away from there starting off point. According to The Huffington Post, they were held at sea for about six days before being brought to Somalia to be held for the remainder of their captivity.

It was a grueling and horrific ordeal for them. According to The Telegraph, the couple were routinely starved, beaten and held in solitary confinement. They would often be separated from each other for weeks at a time, which became unbearable for the husband and wife. At one point, they stood up to the leader and refused to be separated. They told him that they might as well kill them because they would not leave each other's sides again. The leader came back with an AK-47 and whipped Rachel in the face with it, knocking out one of her teeth. The pair were then brutally whipped with the roots from trees and separated for three long months.

A ransom was placed on them for $7 million, but the government had a strict policy of not negotiating with kidnappers for payment. The Huffington Post article also reported that their captors allegedly constantly threatened that they were going to sell the couple to al-Qaeda if the money was not paid. Luckily, after the long, brutal ordeal, their friends, family and other supporters raised enough money (over $600,000) to finally pay for their release.

The couple told The Huffington Post that they used yoga as a method of keeping themselves mentally stable during those 388 days. At one point Paul even said that he taught a class of five Somali pirates to do yoga. After surviving such horror, most of us can't imagine how we would ever even leave the house again but this couple made plans to take back to the seas, because that's what they love to do. Talk about a powerful story of strength, perseverance in true love to boot.

More like this
Glenda Cleveland Died 2 Decades After Trying To Turn In Neighbor Jeffery Dahmer
By Brad Witter
Where Is The Bling Ring’s Rachel Lee Now?
By Arya Roshanian
What Is 'Pretty Wild' Star Tess Taylor Up To Now?
By Morgan Leigh Davies
Lori Vallow’s Son Was Arrested For Sexual Assault Days Before 'Sins Of Our Mother' Premiered
By Brad Witter
Get Even More From Bustle — Sign Up For The Newsletter