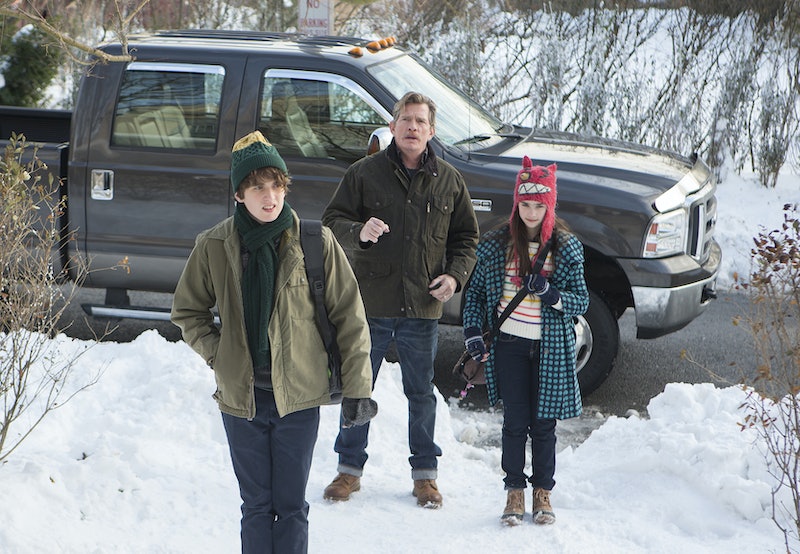 As I watched Frances and Robert’s divorce unfold over the 10 episodes of Divorce , I was really hoping that they would at least come to a friendly agreement or amicability in terms of their relationship. In the penultimate episode, it seemed like that could be the case, but in the Divorce Season 1 finale, “Détente,” boy, oh boy, is it clear that that is not going to happen. Instead, Robert let his jealousy get the best of him, and it may completely destroy his relationship with his kids.

Both main characters on Divorce are petulant and childish, but Robert definitely took the cake in this episode. Frances’ lawyer ordered a freeze on all of their bank accounts (have to stop the money going out, she said) just as Robert was getting ready to chip in for his children’s party/playtime business. All of the other investors had their checks ready, and Robert couldn’t pay up, halting the whole operation.

Even though Robert’s lawyer (who is a grade-a jerk, by the way) told Robert that Frances may have nothing to do with this — she may not even know — and to leave it alone until he could figure it out, Robert went to Frances’ gallery opening to confront her. When he got there, he softened a little, telling her how proud he was of her and how she really did keep the family afloat. It was a nice moment, and it made me think, “Hey, maybe this won’t be so bad.” Wrong again.

After Robert realized how Frances’ dreams are coming true and his are all going down the toilet, he got angry, breaking things and running around his bedroom, aka just a construction space. He had previously agreed to let Frances have the kids on “his” weekend because she wanted to take them skiing, but in a blind fury, Robert called the cops on Frances, saying that she kidnapped her own children. It wasn’t apparent what was going on until Frances and the kids were pulled over en route to the mountain. The kids were terrified, Frances was terrified, and while the police were sorting everything out (apparently any swapping of custodial time can’t be a verbal agreement — it has to be written and approved by the courts), Frances called Robert and told him that he lost, and that he had blown everything off.

I mean, their children were terrified that their mother was going to be arrested, so what was Robert’s endgame here? He wanted to hurt Frances because he was hurting, but the way to do it is certainly not by unfairly involving the kids. I thought he was going to trash her gallery, honestly. Playing dirty is just going to turn everyone involved against Robert (his lawyer, a noted shark, even advised him against it), and Season 2 is already setting up to be a bigger Divorce battle.