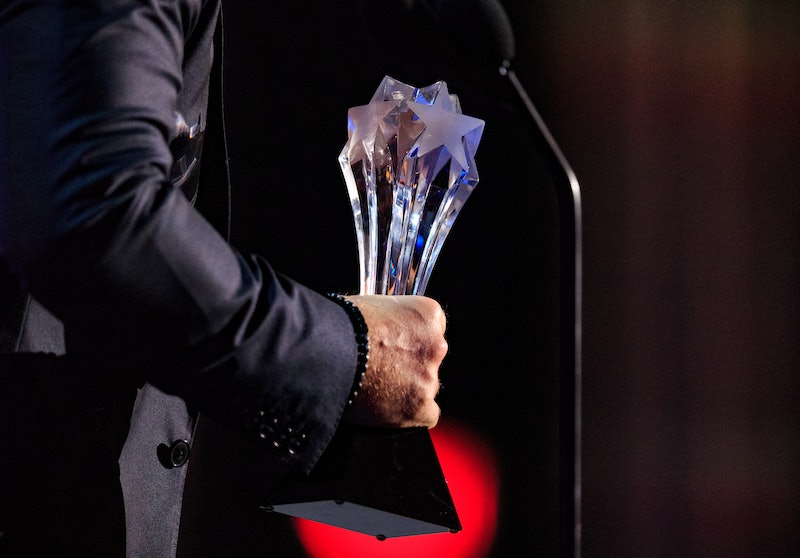 The most wonderful time of the year is beginning, and I'm not talking about the holiday season — I'm talking about awards season. And while big franchise movies may have been a little disappointing this year, there were plenty of other, great films and television series nominated for the Critics' Choice Awards. And I can hear you now, as you race for your remote with a thrill to figure out what network the 2016 Critics' Choice Awards will air on. Well, you can relax, because I've got the answer for you: the awards will be broadcast live on Sunday, Dec. 11 on A&E.

And while it's not as much of a huge event as, say, the Oscars or the Golden Globes, one of the best parts of the Critics' Choice Awards is that the critics generally have seen most, if not all, of the year's best films and television. So occasionally, smaller or lower budget films and television shows can manage to mount a campaign and get the recognition they deserve. Plus, as the first awards show of the season, it sets the precedent for 2017's biggest winners. Here are a few races at this year's Critics' Choice Awards that could get awards season off to a particularly great start.

Is It Amy Adams' Year?

Amy Adams is nominated for Arrival, a film that did very well with many critics. And after several years of back-to-back nominations, Adams may finally be able to build the momentum to bring home an Oscar, and that journey might start at the Critics' Choice Awards.

Could Moonlight Continue To Build Momentum?

Another critical favorite, the drama Moonlight, feels like the type of quiet, less hyped movie that could be totally overlooked by the bigger awards. However, if it's able to pick up smaller prizes and continue to widen its release both domestically and abroad, the small film could potentially gain a bigger audience among awards voters.

Does La La Land Have A Chance For A Sweep?

Damien Chazelle's musical romance got 12 Critics' Choice nominations, the most out of any film. That makes it an early contender for a big sweep at the other awards, especially because it's about young, pretty people in Los Angeles, featuring two beloved celebrities.

Will HBO & FX Take Over?

HBO and FX series make up more than half of the Critics' Choice TV nominations. At this point, the cable networks are pulling so far ahead, it feels like the rest of television will never be able to compete.

Who Will Win The Less Common Categories?

The Critics' Choice Awards allow for the nomination of action films, comedies, and young actors in their own separate categories. Usually, one or two people from these categories will be able to sneak into the mainstream awards (for example, young Jacob Tremblay in Room last year), so they can be a good predictor.

Could The Oscar Nominees Be More Diverse This Year?

After a disappointing year in which every acting nominee was white, there are several awards contenders, including the aforementioned Moonlight, Loving, and Fences, that have many people of color both in front of and behind the camera. If they win big at the Critics' Choice Awards, there's a good chance there will be better representation at the next slew of awards shows, including the 2017 Oscars.

So when you tune into A&E on Sunday night, keep an eye on all of these categories, because they just might reveal who will win the biggest awards of 2017.

More like this
What’s New On Netflix: A Victoria Justice Rom-Com & The Return Of David Letterman
By Arya Roshanian
What’s New On Netflix: The Return Of 'Bling Empire' & A Rebel Wilson Comedy
By Arya Roshanian
Everything To Know About 'RHONJ' Season 13
By Brad Witter
Gillian Teased A Surprising Ending In 'Temptation Island' Season 4
By Kadin Burnett
Get Even More From Bustle — Sign Up For The Newsletter