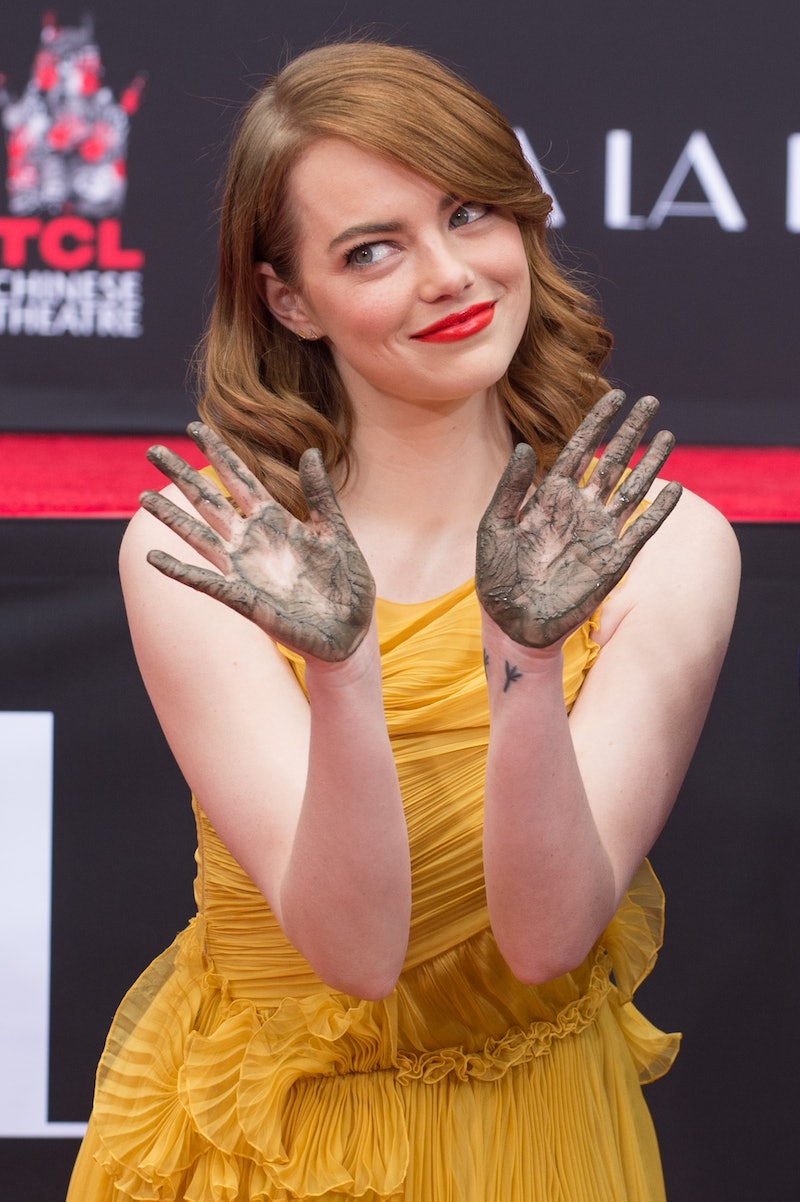 As it turns out, Stone has been nominated for two Golden Globes before: In 2011, for Best Actress - Musical or Comedy for her role as Olive Pendergast in Easy A. The second was in 2015, for Best Supporting Actress in Birdman, the film that when on to win the Academy Award for Best Picture that year (she was also nominated for Best Supporting Actress at the Oscars). Though she didn't win either of her Golden Globe nominations, perhaps 2016 will be her year — she's already said to be a frontrunner for the 2017 Best Actress Oscars race.

Also, let's not forget that Stone is an old hat at the whole Golden Globes thing. Last year, Brie Larson revealed that the redheaded star gave her a little pep talk prior to the Golden Globes. And yes, it was just as adorably Emma Stone as you can expect.

"I spoke with Emma Stone before and she gave me a pep talk," the Room star revealed to E! on the 2016 Golden Globes red carpet. "I was like, 'I don't know what to expect,' and she was like, 'You're gonna have the best time, you're inside the TV.' So I keep sitting here thinking I'm totally inside the TV right now."

Golden Globes 2017: Emma Stone is inside the TV, and maybe she'll also be a winner. Fingers crossed!