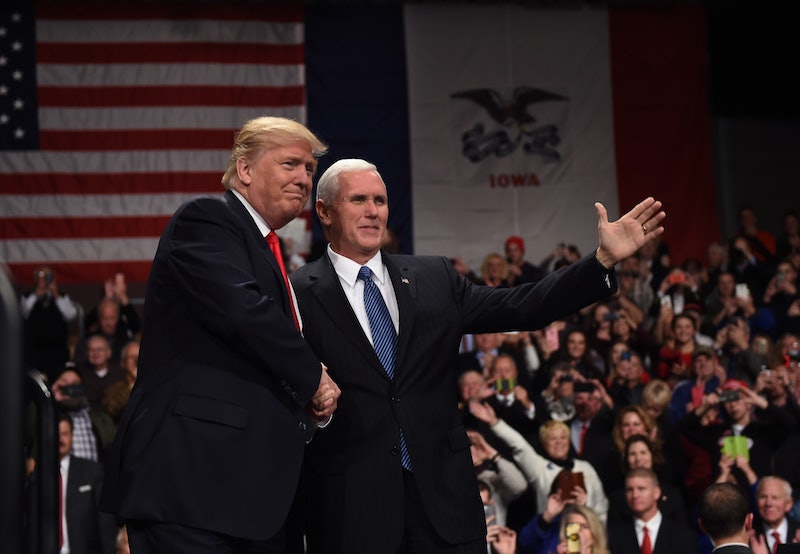 Christopher Suprun, a Republican elector from Texas, has announced that he won’t vote for Donald Trump when the Electoral College meets on Dec. 19. He revealed this on Monday, but on Thursday, he articulated why he made that decision. Apparently, Mike Pence convinced Suprun to become a faithless elector.

“What probably really pushed me over the edge was Sunday, on the talk shows, when Mike Pence was repeating this line that there’s millions of illegal votes in the election and Donald Trump would have won the popular vote,” Suprun said in an interview with the Daily Caller. “I said, look, Mr. Trump has already used that same line and attacked the foundations of the country through its elections. Now he’s co-opted Gov. Pence to do the same, and that’s where you have to draw the line.”

Trump did indeed say that the only reason Hillary Clinton won the popular vote by 2.5 million ballots is because millions of people voted illegally. This was a dishonest and factually incorrect claim; Trump presented not a shred of evidence to back it up, because there is no evidence to back it up. When confronted about it, Pence was just as disingenuous, defending his boss’s comments on the grounds that “it's his right to express his opinion.” This was disingenuous, of course, because Trump was not expressing an opinion.

Nevertheless, it was Pence’s sycophancy that convinced Suprun to become a faithless elector; this suggests that Suprun had been holding out hope that Pence would somehow reign in his boss from his more fantastical delusions once the duo takes office in January. Once Suprun became thoroughly convinced that this isn’t the case, he decided that he won’t vote for Trump.

But who will he vote for? Initially, Suprun suggested that he might cast a vote for Ohio Gov. John Kasich instead, but Kasich shot down this idea on Tuesday, explicitly instructing electors not to vote for him for president.

Suprun has also made clear that he won’t vote for Clinton, and this is where his position starts looking less like a moral stand and more like moral posturing. There’s really only one way for faithless electors to actually prevent Trump from becoming president, and that’s if enough of them (38 to be exact) vote for Clinton to bring her above the 270 requirement needed to win. Anything else — a protest vote for Kasich, for example — will most likely result in a Trump presidency.

In this sense, Suprun is in the same camp as Art Sisneros, the other Republican elector from Texas who decided he couldn’t cast a ballot for Trump. Rather than vote for Clinton, though, Sisneros decided to resign from the Electoral College entirely, thus depriving himself of any say in the process and solidifying the irrelevance of his decision (the Texas Republican Party will replace him with a pro-Trump elector).