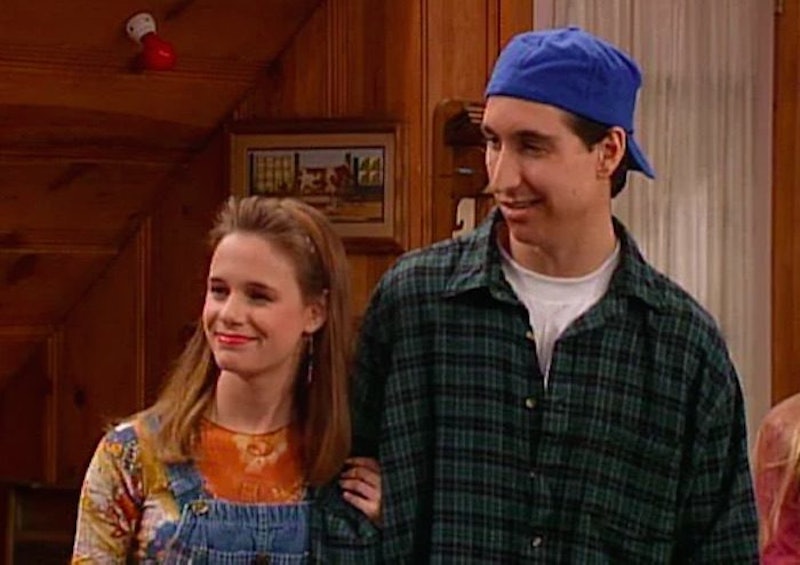 Even though he just had a three-episode arc in the final season of Full House, Kimmy's boyfriend Duane is one of the most memorable characters to me. I mean, he may have never said more than "whatever," but his almost-wedding with Kimmy in Season 8 was iconic — his role will live down in TV history (in my eyes at least). Thankfully, though, it seems I'm not the only one who liked Duane, because Fuller House Season 2 brought him back for a fun guest spot during Episode 11. SPOILERS ahead.

In the second season of the Netflix reboot, D.J. attends her high school reunion where she runs into three of her exes (Steve, Nelson, and Viper), which is pretty much my worst nightmare. But, she's not the only one running into a former flame. Kimmy's ex-almost husband Duane is there, too. And, he's a lot chattier this time around. See, after going to Harvard, Duane became a motivational speaker — as in, he talks out loud in full sentences FOR HIS JOB. But, don't worry, die-hard Full House fans, he also still says, "Whatever," which was his signature catchphrase in the original series. In fact, he's so recognizable for that line that when Kimmy saw him, she called him, "The 'Whatever' Guy."

These days Duane is encouraging people to face what ever is in their path by just saying "whatever" to it and realizing that life is better when you don't let things get to you. Now, his "lame catchphrase" (his words) is "an entire worldview." Apparently, "It's all about saying, 'Whatever' to what ever live gives you."

I have to say, that's pretty inspiring. I'm glad that Duane's lack of vocabulary ended up turning out so well for him. So, never forget to say, "Whatever" to your own obstacles, and maybe one day you too can be as cool as Duane — or whatever.