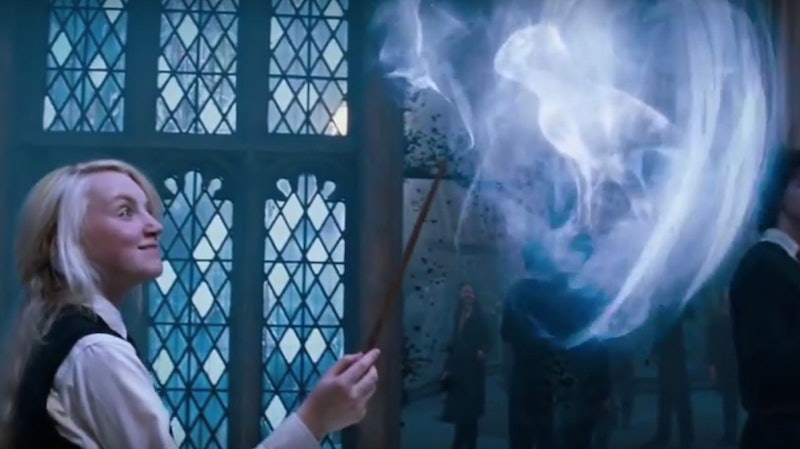 Most Harry Potter fans — myself included — waited anxiously on their eleventh birthday for a letter inviting them to study at Hogwarts School of Witchcraft and Wizardry. My letter never came, but I've made my peace with it — thanks in large part to the tireless work and creativity of the team at Pottermore. Through their work, I've been able to experience what life is like as a witch. I've discovered my Hogwarts house (Ravenclaw, naturally), my wand (hazel wood, dragon heartstring core, surprisingly swishy) and my Patronus (a regal piebald stallion.)

The Patronus quiz — the most recent Pottermore development — matches young witches and wizards with the animal protector they would summon in the event of a Dementor attack. Fans had long-anticipated the release of the Patronus quiz, and Pottermore responded with a series of ominous social media posts that only fueled the flames of speculation.

In this week's episode of The Girls Who Lived, Associate Web Culture Editor Emma Lord and I spoke with Amelia Florence Simmons, Pottermore's social media manager and the creative genius behind the site's most notable campaigns — including the Patronus teasers that had the entire fandom in a state of electric suspense.

Those teasers — the mysterious all-black photos — were just the beginning of what proved to be an enormous social media success. The day the quiz went live on Pottermore, fans from across the planet took to Twitter, Facebook, and Instagram to share their results — and their stories — with the world.

"We were overwhelmed. We've never had a day like that on social," Simmons tells Bustle. "But it was truly amazing to see these stories that were shared. People would tell us beautiful tales — the whole part of the experience was to think about your happy memories... We had someone say, my happy memory was of my brother. He was called Robin. He died a couple of years ago, and I got a robin as my Patronus."

"We are so lucky, so privileged to have people share these stories with us," she adds.

While Simmons is responsible for promoting the big stuff — such as the premiere of Fantastic Beasts and Where To Find Them or the release of the Cursed Child screenaply — she doesn't want to underscore the importance of her and her team's day-to-day interactions with Harry Potter fans. That part of her job, she says, is her favorite, because it reminds her of the true spirit of her job.

"We love seeing those stories, those amazing moments," she says. "The magical moments."

For more of Amelia Florence Simmons' interview, check out this week's episode of The Girls Who Lived:

Subscribe on iTunes to catch future episodes of The Girls Who Lived! You can also find us on Soundcloud and ACast. Until next week: mischief managed!