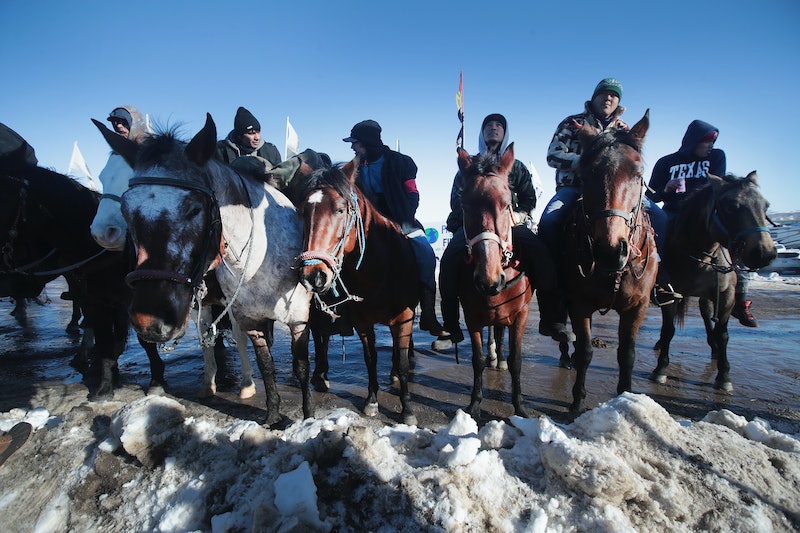 I think I stand alone when I say that 2016 wasn't all that bad for me: the Cubs won the World Series for the first time in 108 years — something that, being from Chicago, my family has been waiting on for generations I started writing for Bustle and found an incredible, supportive group of people; and I moved to New York, the most charming city there has ever been. But at the same time, I recognize that in the scheme of things, 2016 was not a good year. Actually, in the scheme of things, 2016 was pretty darn awful.

Consider this sample of things that made 2016 terrible: the ongoing crisis in Syria and the displacement of millions of Syrian refugees the spread of the Zika virus; the fact that we lost a number of amazing artists all in one year, including Gene Wilder, Prince, and David Bowie; Brexit. Oh, and then there was the Flint water disaster that has left many in a first world country without one of the most basic necessities. It got so bad that at certain points, on a number of occasions, what started as peaceful protests to these incidents sometimes turned into what looked like war zones. Let me narrow it down to three standout examples where things got out of hand this year:

Standing Rock, a Native American reservation, got a lot of attention this year when protesters denounced the U.S. Army Engineer Corps' building of the Dakota Access Pipeline. For several days, people gathered in sometimes frigid temperatures to denounce the building. While the Army Corps did pause the building, the future of Standing Rock is not certain.

There were multiple demonstrations throughout the country to protest police shootings of black men. In July, Alton Sterling was shot multiple times by police in Baton Rouge, Louisiana outside a convenience store. In September, Keith Lamont Scott was shot by police in Charlotte, North Carolina. Police said Scott refused to drop a gun he was carrying when asked to do so, but his family challenged that account. The county district attorney declined to charge any officers. Outrage over these and other shootings led to protests that often seemed like they were from another world.

It's no secret that the U.S. election shocked many Americans, and the reactions turned even more dramatic:

So even though I don't fully embrace the sentiment of "F*ck 2016" on a personal level, I get it, all things considered, and I think John Oliver sums it up pretty well:

Here's hoping that 2017 feels as good as the Cubs winning the World Series.