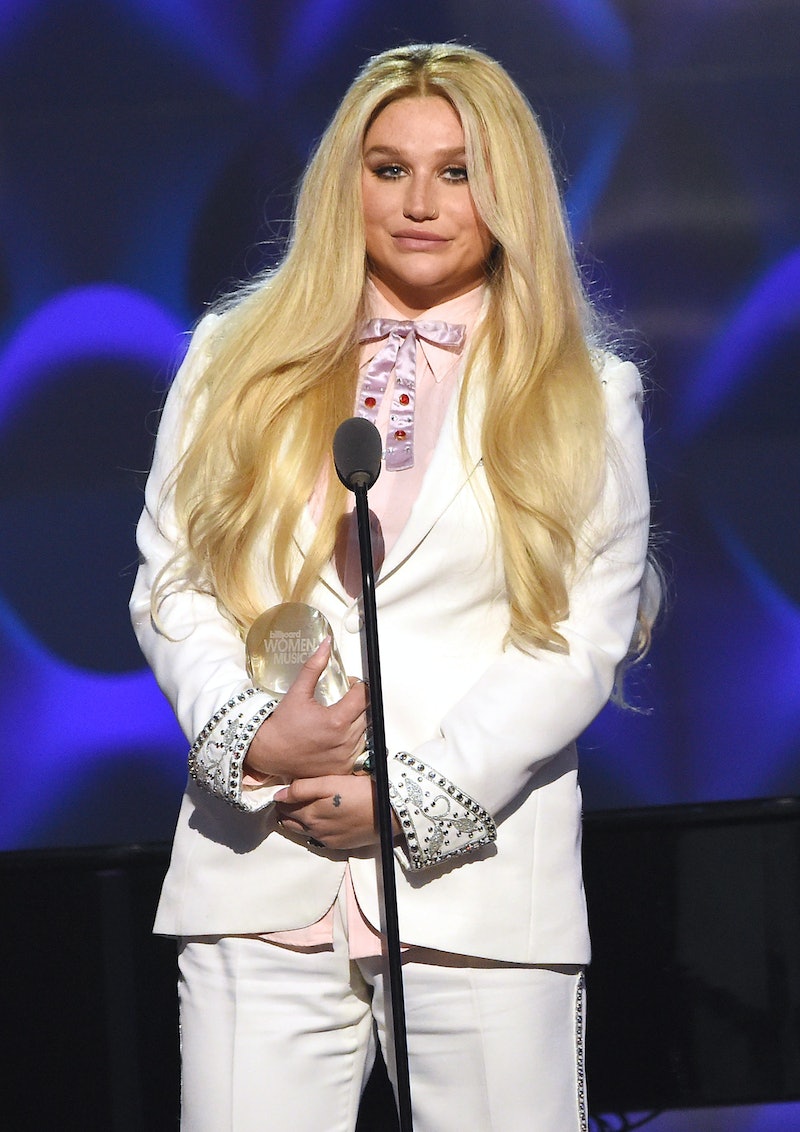 On Friday, Kesha was honored at the Billboard Women in Music event with the Trailblazer Award, a statue she accepted tearfully and with an incredibly inspirational speech. According to the Billboard site, Kesha accepted the Women in Music award while choking back tears and explaining her gratitude for everyone who has stuck by her during this most challenging and public year.

"I want to especially thank my fans who I love and appreciate more than you guys will ever know," the "Tik Tok" singer said. "To my peers, your support over the past few years has literally saved my life."

"It's mind-blowing to be honored like this after a very public year I've had," she added. "I feel stuck and I feel sad and quite frankly, today, I feel bloated."

As fans will remember, Kesha has been embroiled in lawsuits with producer Dr. Luke, whom she claimed raped her, sexually assaulted her, and physically and emotionally abused her. (Dr. Luke has vehemently denied these claims, and is suing the singer for defamation.) To go through such an intense personal issue, like the lawsuit, in the spotlight puts you in an extremely vulnerable position, but Kesha has done so with unbelievable grace.

While she thanked fans and her peers in the music industry for "literally" saving her life (the singer has been publicly supported by Taylor Swift, Lady Gaga, Demi Lovato, Adele, Anne Hathaway, Lena Dunham, and many others), Kesha's honesty and bravery and candor — both within this speech and her actions this year — have been inspirational to many. It's no surprise that she is being awarded with the Trailblazer Award, and it's inspirational to see her being even more motivational to others in her speech. It's a vicious cycle, but in a good way: By being awarded for her efforts, Kesha has the opportunity to once again speak out and be honest and emotional about her situation — which, in turn, will undoubtedly inspire others to speak out about themselves and be open and candid about difficult situations in their lives.

Congratulations, Kesha — not just for the award, but for your courage and bravery.