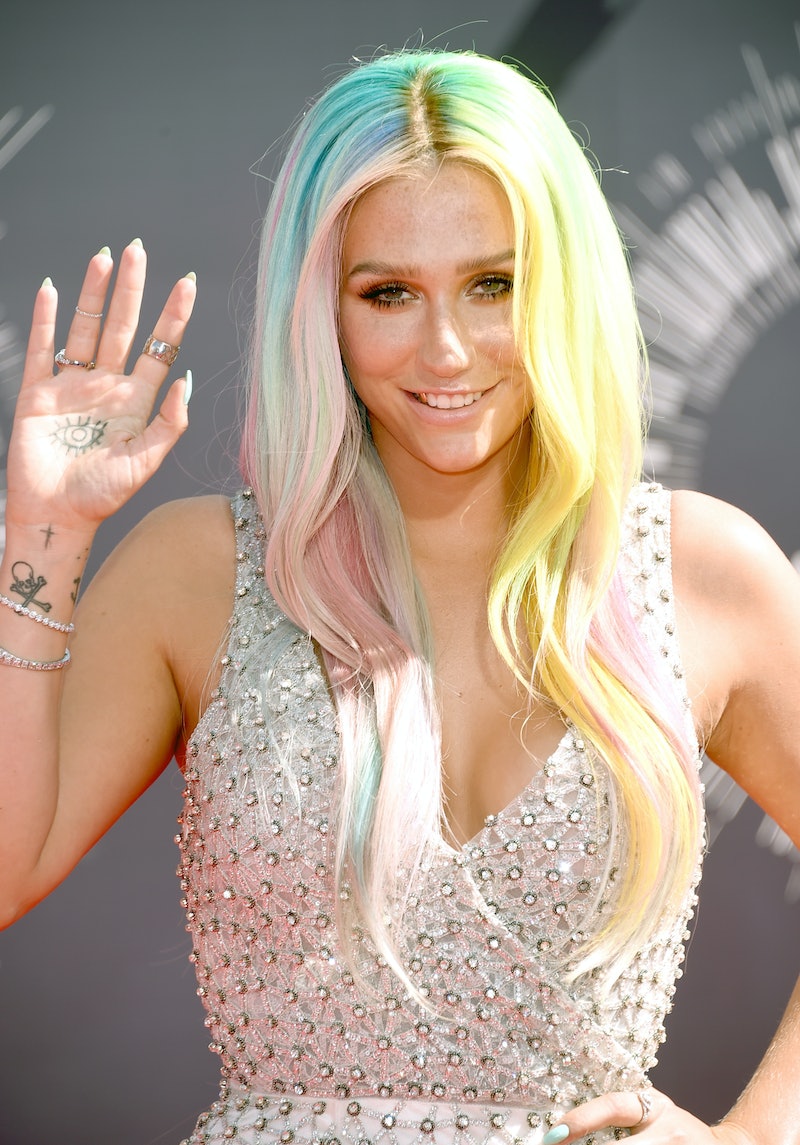 When Kesha first emerged in the spotlight, she was best known for waking up in the morning feeling like P. Diddy. Her 2009 single "Tik Tok" was a huge hit and made her a regular on the pop scene. Now, she's making headlines for an entirely different reason. In 2014, Kesha filed a lawsuit against producer Dr. Luke (real name: Lukasz Gottwald) alleging rape and years of sexual, physical, and emotional abuse. Gottwald has repeatedly denied these claims and filed a defamation suit in response. In Feb. 2016, a New York Supreme Court Justice denied Kesha's request for an injunction that would allow her to leave her contract with Dr. Luke and Sony. Since it's been a long road to get to this point, the timeline of Kesha's career below shows just how much things have changed and just how stalled Kesha's career has became since filing her lawsuit.

Loyal fans may remember the first time Kesha made her way onto TV screens, appearing in a 2005 episode of Paris Hilton and Nicole Richie's The Simple Life along with her mom Pebe Sebert. Around that same time, she was signed to Dr. Luke's label Kemosabe Records, which is housed by Sony.

It was in 2009 that the 29-year-old's career truly began to take off. She signed with RCA Records, which is owned by Sony, through Dr. Luke's imprint. That same year, she appeared on Flo Rida's song "Right Round," and in August, "Tik Tok" was released and became a party anthem everywhere.

Kesha's career went strong for several years, and in the fall of 2013 she collaborated with Pitbull on the hit song "Timber." This was the last single that she released.

In January 2014, Kesha checked into rehab for an eating disorder. When she left the facility in March, she tweeted that she was "feeling healthy and working on tons of new music." But instead of releasing any more music, she filed her lawsuit against Dr. Luke in October of that year.

The timeline below shows both Kesha's rise to stardom and how quickly things have changed in recent years.

Following the court's ruling on Kesha's injunction, Dr. Luke's attorney released a statement to Rolling Stone, which reads in part:

Kesha's lawyer released the following statement to Billboard in October 2014 when she sued the producer:

As for Sony, an attorney for the company told the New York Times ,