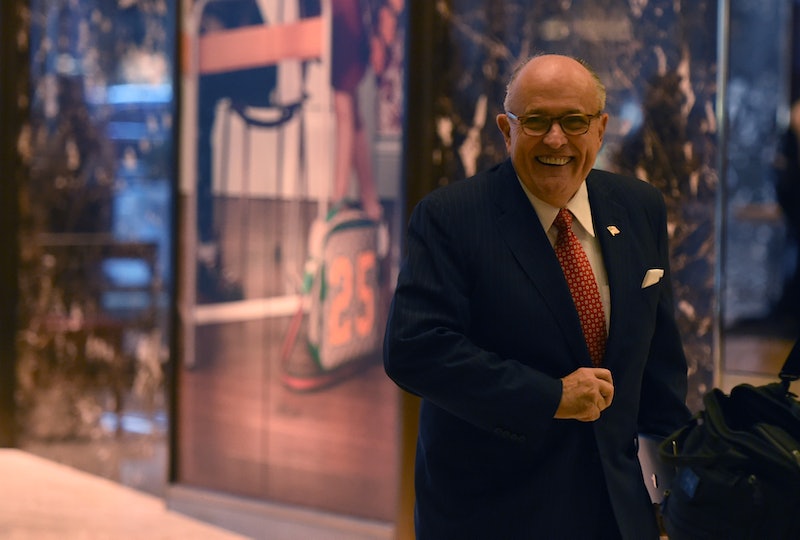 On Thursday, the list of people who might serve as Donald Trump’s secretary of state become a bit shorter, as former New York City Mayor Rudy Giuliani announced that he’s withdrawn his name from consideration for any position in Trump’s White House. Giuliani had long been rumored to be one of the top contenders for the job, and with his withdrawal, predictions about who will be Trump’s secretary of state are now entering a new phase of uncertainty.

The list of names being circulated as potential state secretaries under Trump is somewhat baffling, as there’s little to no ideological consistency between them. Take the question of U.S.-Russian relations, arguably one of the biggest challenges facing the incoming president. Reportedly, Trump is considering both anti-Russia hawks, like Mitt Romney and John Bolton, as well as pro-Russia sympathizers, such as Exxon Mobil CEO Rex Tillerson and Rep. Dana Rohrabacher, for the position.

In some cases, Trump himself disagrees with the candidates he’s considering on key issues. His shortlist reportedly includes former Ambassador to China Jon Huntsman, Sen. Bob Corker, and retired Navy Adm. James Stadrivis. But Huntsman and Corker both oppose a trade war with China, which Trump supports, and Stadrivis supports the Trans-Pacific Partnership, which Trump opposes. Bolton, meanwhile, is a staunch defender of the Iraq War, which Trump supported in 2002 but later claimed to have opposed.

According to the New York Times, Tillerson is currently the top contender to head the State Department. It’s unclear why Tillerson, an oil tycoon with no government experience, would even be under consideration, let alone a front-runner, for the job of secretary of state.

It could well be his pro-Russia views, which broadly align with Trump’s. Under Tillerson’s leadership, Exxon signed a lucrative deal with Rosneft, a Russian oil company, and Russian President Vladimir Putin awarded Tillerson country’s Order of Friendship in 2013. Trump’s connections with Russia, and his affection for Putin in particular, are well-documented and substantial, and stretch back more than three decades.

Still, don’t put too much faith in those reports about Tillerson being the front-runner. Not one month ago, CNN reported that Giuliani was the “top contender” to lead the State Department under Trump; now, he’s withdrawn his name from consideration entirely. Trump is dragging this decision out, and as the last year of campaigning has shown, it’s more or less pointless to try and predict what he’s going to do before he does it. On this one, we’ll just have to wait and see.