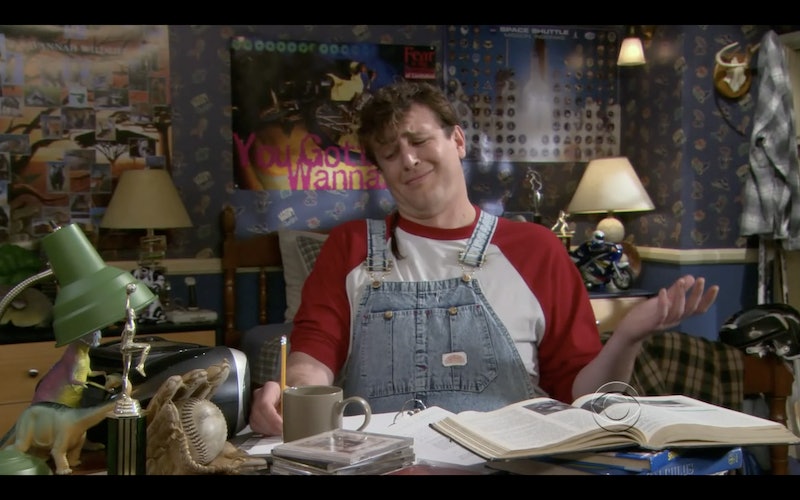 If you've been anywhere near the Internet in the past 48 hours, you likely heard at least some small murmur of the castle-storming-pitchfork-mob provoked by the How I Met Your Mother finale. Even if you were previously essentially unaware of the show, chances are you now know at least the words "Robin" and "WTF?!?!?" And if you were a fan, either you closed your browser window misty-eyed and content, sighed in frustration and moved on — or, you let slip the tweets of war, launching f-bombs aplenty at creators Carter Bays and Craig Thomas for wasting nine years of your life. Indeed, a certain sect of the latter fandom were so intensely ticked off that they drafted a Change.org petition to CBS titled "Rewrite and Reshoot the HIMYM ending."

Their rage is understandable, of course: As a fan of the show, I too was royally disappointed at the hasty, hacky, awkwardly sexist "Whoops lol jk" that was the finale's second half (enough to leave a single snarky tweet, I'll admit) — but then I stepped back and marveled at my own disappointment. I suffered through Lost, after all; shouldn't that make me at least a little wiser? Then I remembered how I consoled myself after that stunningly terrible letdown: by realizing that in scenarios like this, you're only so upset because you care so much about the characters. Rage and adoration are two sides of the same coin, indifference ultimately far worse — so, though celebrating Bays and Thomas is maybe the last thing any of us want to do at the moment, we can at least quell our rage by remembering the nine (okay, an initial four with subsequent wee glimmers) seasons of enjoyment they provided that led to this point.

Plus, if you really can't stomach the ultimate twist (because, yes, it was super frustrating and stupid), check out the this fan video that edits out those pesky last " PSYCH !" moments in favor of a more yellow-umbrella-y ending:

... or, you can sign the petition, just to see if a few thousand Internet denizens can get the cast and crew to change their minds. Who knows — I mean, they did seem rather reluctant to end it, right? Maybe we can get a second hour-long special full of Clue-style alternate endings! My top pick: It's revealed that Ted and his children are the last alive in a post-apocalyptic wasteland, this story his primary means of communicating to them the ways of the world so that they might one day rebuild the human race, and as he finishes the story, the sounds of enemy forces draw ever nearer—

Or, like, we learn Barney's babymama's name. That would work for me, too.