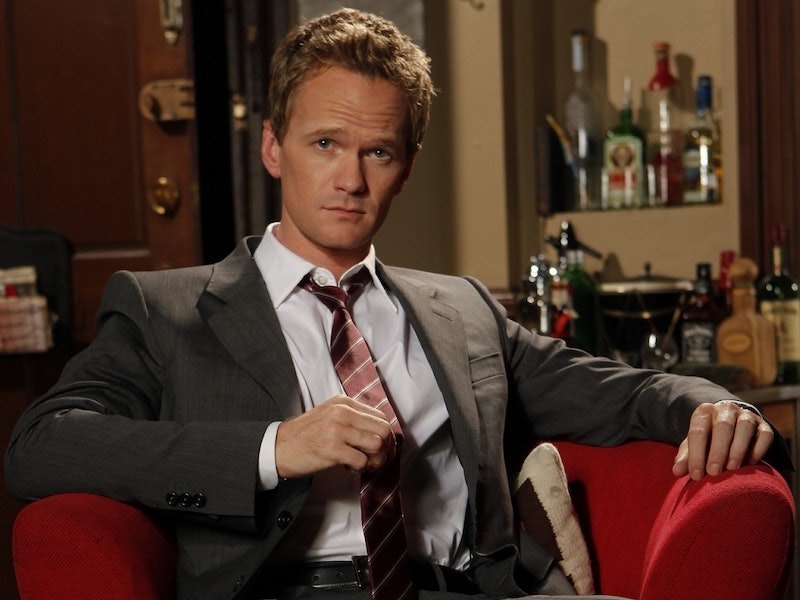 So, Barney Stinson didn't die. He also didn't stay together with Robin. Nope, instead, the only thing we found out about the man with the Playbook during the season finale of How I Met Your Mother ? Barney had a baby. And immediately stopped treating women as nameless playthings. Except, of course, there's the fact that the mother of Barney's child remains, you got it, a nameless plaything.

And fans were desperate to find out her identity during the course of the show — as soon as Barney's status as a father was revealed, "31 is Robin" ("31" referring to his baby mama, the woman who slept with him on the 31st day of his "perfect" month) became a trending topic on Twitter. Fans were quickly disappointed, though, when 1) they saw Robin in a skin-tight dress, 2) they remembered Robin couldn't conceive children, and 3) when the series failed to say who "31" was at all.

So who was "31"? And why couldn't we meet the mother of Barney's child? Even if she was someone as disappointing as Becki Newton's Quinn, Britney Spears' Abby, Abby Elliott's Jeannette, or (god seriously forbid) Sarah Chalke's Stella? Why was she deemed less worthy to Ted's story than lesser characters throughout the course of the series, like Sandy Rivers or, god, even Gael? It's upsetting, in a way, that a series that was already misogynistic enough to name one character "Blah Blah Blah" and another "the Slutty Pumpkin" continued to leave a key female character without a name. For seemingly little reason besides.

How I Met Your Mother 's finale was an episode full of twists. So it's easy to wish that one of those twists wasn't Robin and Barney's divorce, Ted's eventual reunion with Robin, The Mother's off-screen death, or even Barney's status as a father. Instead, it's easy to leave the series wishing that, for once, the mother of Barney's child was treated better than the rest of the nameless, mute women that fell for his supposed charms throughout the entirety of the series. That she was given a name. That she wasn't labeled only by a number — literally a bullet in Barney's famous Playbook.

Especially on a series that has claimed to have tied up all of How I Met Your Mother 's loose ends... except one (likely, the Pineapple incident). Did the mother of Barney's child not deserve resolution? Or... is this not a loose end after all?

Perhaps Carter Bays and Craig Thomas are more genius than we thought. Perhaps there's an explicit reason the series' creators decided to omit Barney's baby mama's identity. Was the lack of a reveal in this case lazy storytelling, or was it How I Met Your Mother's ultimate plot twist? Perhaps, come fall 2014, we'll watch young Ellie listen to her mother's story of... How I Met Your Dad.

Okay, so it's unlikely that the How I Met Your Mother spin-off is actually a story of how Greta Gerwig's Sally had a one-night stand with Barney, a man who ran away until his daughter's birth (how romantic), but, know what? It's still more plausible than a man hooking up with 31 women in 31 nights.