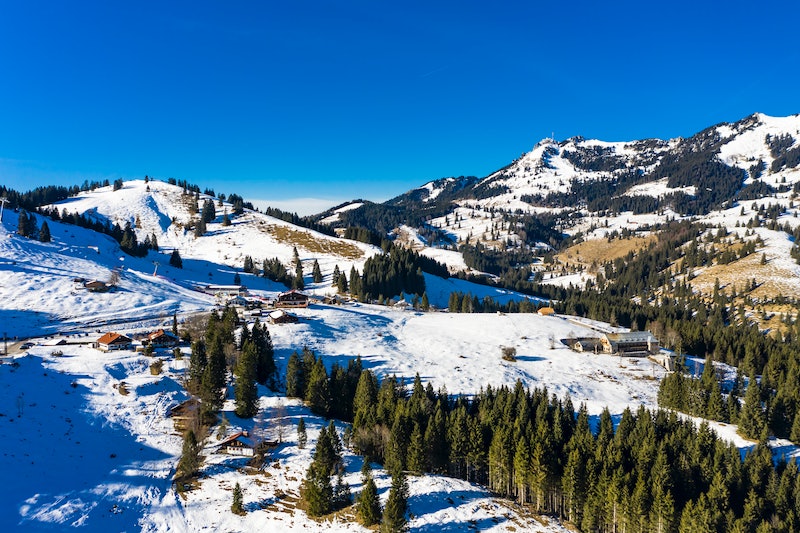 Is there anything better than a white Christmas? After reading through these 17 quotes about snow for 2016, I doubt you'll think so. While it may be chilly, wet, and difficult to drive through, there's something undeniably lovely about the snow. When its pure, white color covers the trees and ground, the world looks like a painting, and who wouldn't want to wake up to that on December 25th?

From a snowflake's unique pattern to the silence of falling snow, these 17 quotes capture the freezing weather in all its glory. Even though snow often requires salting the sidewalk, plowing the driveway, and shoveling the deck, it would be hard to say that it isn't all worth it. Snow represents a great many things, from purity and cleansing to spirituality and rebirth. Whether in literature, films, or a painting, there's a reason that snow is so often used to present an emotion to the viewer.

Take a nice, slow scroll through these 17 quotes to leave your mind and heart resting in peace. There aren't many things worth enjoying in the winter... but the snow is definitely one of them. Take advantage of its beauty and charm, because come the hot heat of summer, you'll probably be begging for it.

1. "The first fall of snow is not only an event, it is a magical event. You go to bed in one kind of a world and wake up in another quite different, and if this is not enchantment then where is it to be found?" — J. B. Priestley

2. "Snow falling soundlessly in the middle of the night will always fill my heart with sweet clarity." — Novel Takemoto

4. "There's just something beautiful about walking on snow that nobody else has walked on. It makes you believe you're special." — Carol Rifka Brunt

5. "Snowflakes are one of nature's most fragile things, but just look what they can do when they stick together." — Vista M. Kelly

6. "Sunshine is delicious, rain is refreshing, wind braces us up, snow is exhilarating; there is really no such thing as bad weather, only different kinds of good weather." — John Ruskin

7. "The very fact of snow is such an amazement." — Roger Ebert

8. "Snowing is an attempt of God to make the dirty world look clean." — Mehmet Murat Ildan

9. "A snow day literally and figuratively falls from the sky, unbidden, and seems like a thing of wonder." — Susan Orlean

10. "Silently, like thoughts that come and go, the snowflakes fall, each one a gem." — William Hamilton Gibson

11. "The first snow is like the first love. Do you remember your first snow?" — Lara Biyuts

14. "Snow isn't just pretty. It also cleanses our world and our senses, not just of the soot and grime of a Fife mining town but also of a kind of weary familiarity, a taken-for-granted quality to which our eyes are all too susceptible." — John Burnside

15. "Thank goodness for the first snow. It was a reminder — no matter how old you became and how much you'd seen — things could still be new if you were willing to believe they still mattered." — Candace Bushnell

16. "Despite all I have seen and experienced, I still get the same simple thrill out of glimpsing a tiny patch of snow in a high mountain gully and feel the same urge to climb toward it." — Edmund Hillary

17. "The snow itself is lonely or, if you prefer, self-sufficient. There is no other time when the whole world seems composed of one thing and one thing only." — Joseph Wood Krutch

More like this
How To See The Lunar Eclipse On May 15-16, 2022
By Kaitlyn Wylde
25 Quotes About Love To Share During Pride Month 2022
By Madeleine Aggeler and Emma Garza
25 Manifestation Quotes From Lady Gaga, Oprah, & More
By Megan McCarty
The 6 Best Air Conditioner Alternatives
By Vanessa Spilios
Get Even More From Bustle — Sign Up For The Newsletter