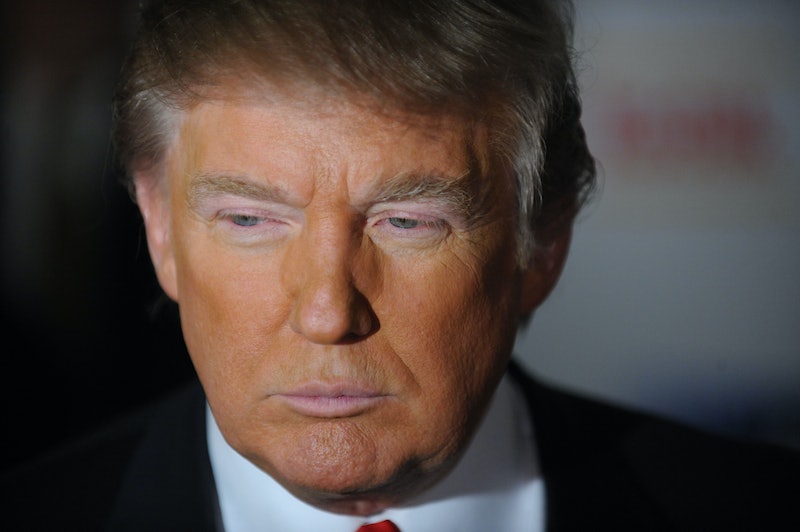 Senior Trump adviser Kellyanne Conway might want to spend a few minutes catching up with the president-elect, if only so the two can be on the same page. A day after Conway told CNN the president-elect might spend his spare time working on a reality TV show, Donald Trump said he'd devote "ZERO TIME" to Celebrity Apprentice and called reports suggesting otherwise "FAKE NEWS!"

"I have NOTHING to do with The Apprentice except for fact that I conceived it with Mark B & have a big stake in it. Will devote ZERO TIME!" Trump tweeted Saturday. "Reports by @CNN that I will be working on The Apprentice during my Presidency, even part time, are rediculous & untrue - FAKE NEWS!" The tweet was later deleted, and then immediately republished with the word "ridiculous" spelled correctly.

Reports Trump would be listed as an executive producer on the upcoming season of Celebrity Apprentice first surfaced Thursday when Variety reported the president-elect stood to receive a per-episode fee in the low five figures from MGM, which produces the show. The news sparked questions as to how involved Trump would be with the show and what potential conflicts of interest might arise as a result of his involvement.

While Trump did not specify what CNN reports he found to be "FAKE NEWS [sic]," his condemnation of the cable news network's reporting is particularly interesting considering one of his top advisers went on the network to discuss Trump's potential level of involvement in the reality show competition. In an interview Friday on CNN's New Day, Conway said Trump might spend his spare time working on Celebrity Apprentice. "Presidents have a right to do things in their spare time," Conway told host Alisyn Camerota. "He's a very transparent guy. Everyone can see what he's doing, and the fact is that he is conferring with all types of experts who tell him what he can do and not do as president of the United States. If this is one of the approved activities, then perhaps he will consider staying on."

Arnold Schwarzenegger, who will replace Trump as host of Celebrity Apprentice's new season, also defended Trump's decision to retain an executive producer credit on the show in a press conference Friday. Schwarzenegger likened Trump's involvement in reality TV to his own move from action movies to politics. "It's no different than when I was running for governor and I was governor," Schwarzenegger said, according to Variety, referring to his time as governor of California. "My credit on Terminator stays the same." Schwarzenegger said he continued to earn royalties from his films while governor.

A new season of the reality TV show is set to air on NBC in January with Schwarzenegger replacing Trump as host. Celebrity Apprentice was conceived by Trump and Mark Burnett and first aired in 2004.