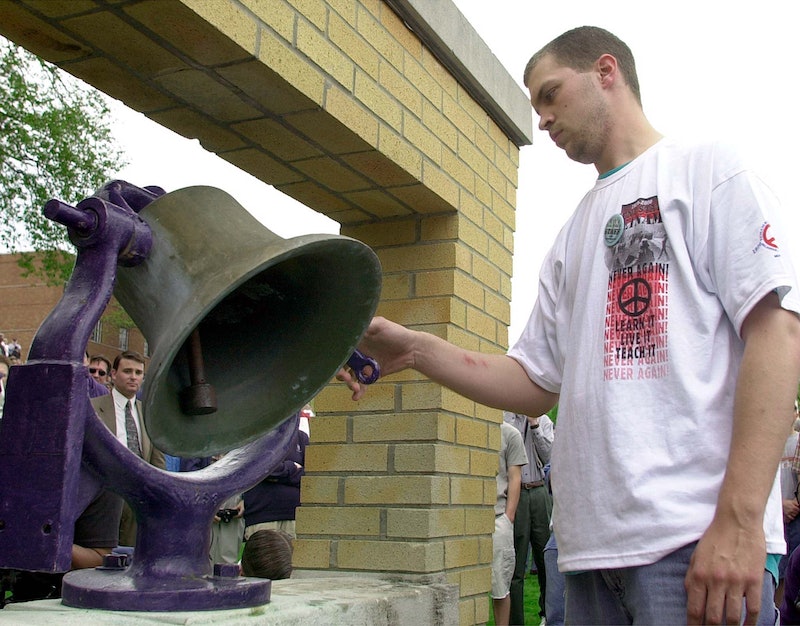 Kent State University was placed on lockdown after reports that a shot was fired at the school. Students at the Ohio university received a campus text-message alert urging them to stay in place and away from the area of Bowman Hall on the school's main campus. There are no reported injuries, according to officials.

The lockdown was lifted around 10:40 p.m. EST. The school was on heightened alert as police combed the area for a suspected gunman, whom Executive Director of University Media Relations Eric Mansfield describes as a black male wearing basketball shorts and carrying a silver handgun.

So far in 2014, there have been shootings reported at Purdue University — where one person died — and South Carolina State University.

In 1970, Kent State was the site of a mass shooting where armed guardsmen killed four students and wounded nine others during an anti-Vietnam War rally. The 28 guardsmen fired more than 60 shots into the crowd.

One student posted this photo of the tense scene to Twitter, even though it's not verified:

Earlier today, a shooting occurred at Fort Hood in Texas, in which the gunman reportedly killed three people before turning the gun on himself.

More like this
Here's The Role Lady Susan Hussey Played At Buckingham Palace
By El Hunt
Kate Middleton & Prince William Were Booed & Mocked On Their U.S. Visit
By Jake Viswanath
Jude Bellingham’s Superstar Football Talent Runs In The Family
By Maxine Harrison
Kate Middleton Shares The Key To Building A "Happier Society" In A New Op-Ed
By Stephanie Topacio Long
Get Even More From Bustle — Sign Up For The Newsletter