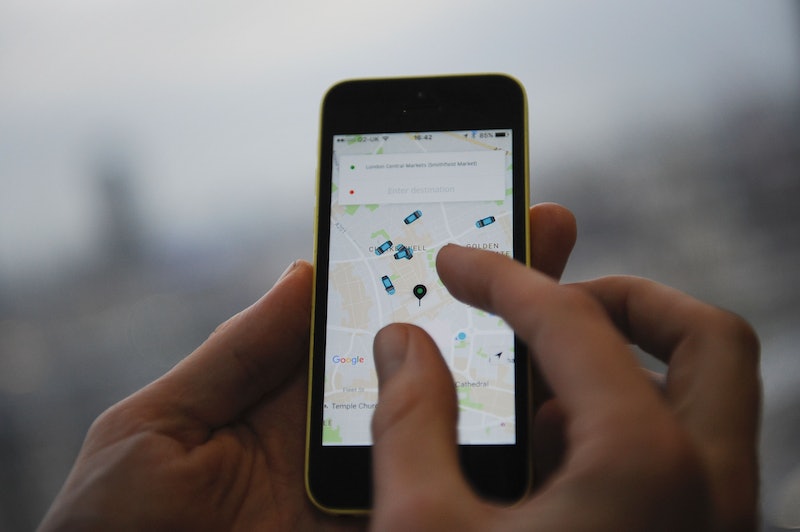 Attention, Star Wars fans and rideshare users (aka everyone who's reading this). Starting on Dec. 12, Uber will offer a Rogue One theme that transforms the app into something out of this world. The collaboration with Disney, which bought Lucasfilm in 2012, makes a few major changes: First, it turns the typical Uber vehicle icons into Star Wars starships, so it looks like your city streets have been catapulted into a galaxy far, far away. (I'm not saying you should pretend you're being picked up by Han Solo, but nobody would blame you if you did.) The feature also unlocks Rogue One: A Star Wars Story video content curated exclusively for Uber.

In anticipation of Rogue One 's American release date on Dec. 16, the theme will be available in hundreds of cities between Monday, Dec. 12, and Sunday, Dec. 18. To opt in, users simply open the app, choose "activate" when the theme pulls up, and enter their destination as usual.

"This innovative app experience is the result of Disney and Uber working together to give fans a special way to connect with Rogue One: A Star Wars Story," said Asad Ayaz, Walt Disney Studios executive vice president of marketing, in a press release. He added that the theme serves as a "warm-up to the journey and vehicles you’ll see in Rogue One."

In case you somehow missed it, Rogue One is one of the most highly anticipated movies of the year. The next installment in the Star Wars franchise is set between the events of Revenge of the Sith and before Star Wars: A New Hope. It follows a group of rebels attempting to steal plans for the Death Star, so the movie is a bit of a departure from the franchise's typical narrative. Given the astronomical success of last year's The Force Awakens, though, Rogue One is expected to be a hit at the box office. But if you forgot it's coming out soon, Uber's collaboration is sure to remind you.

"We hope our riders enjoy the Rogue One experience in their Ubers all week long, and doubly so while going to see the film," Amy Friedlander Hoffman, head of business development Uber, said in a press release.

If you're not big on Star Wars, don't worry — you can opt out of the theme and take a ride without any galactic bells and whistles.

More like this
Meet The Disney Imagineer Bringing 'Guardians Of The Galaxy' To Epcot
By Charlie Mock
Kris Jenner’s Advice For Kim Kardashian Is Going Viral On TikTok
By Courtney Young
The Viral TikTok “30,000” Sound Fits Nearly Every Scenario
By Courtney Young
Why Can’t I Go Live On Instagram?
By Emma Carey
Get Even More From Bustle — Sign Up For The Newsletter