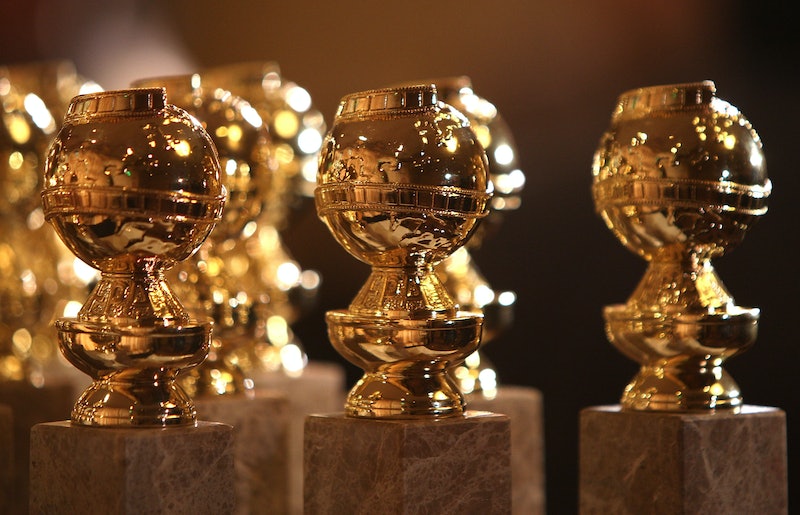 Do you hear that? It's the sound of dozens of hopeful contenders assembling at the starting line, pulses racing as they wait for the sound of the starting pistol, which is set to go off early Monday morning. Although competition for the 2016 Academy Awards has been gearing up for weeks (if not months), the race officially begins Monday with the announcement of the 2017 Golden Globe Awards nominations, the biggest and glitziest awards ceremony on the path to the Oscars. And if you, like me, are addicted to the race, then you'll surely want to be in line to watch as it begins, live. So how do you stream the Golden Globes nominations announcement? Luckily, they've made it pretty easy for us.

In actuality, the Golden Globes and the Oscars don't have much to do with each other. The former is voted on by the Hollywood Foreign Press Association, an organization of about 90 international entertainment journalists; the latter is voted on by the Academy of Motion Picture Arts and Sciences, an organization of about 7,000 industry insiders — including actors, directors, producers, costume designers, cinematographers, sound editors, composers, and more. There is absolutely no overlap between the two voting bodies, so one should never take the Golden Globes as an ironclad prediction of what's to come at the Oscars. (Just last year, the HFPA selected The Revenant as their Best Picture while AMPAS went with Spotlight.)

So why do we care so much about the Golden Globes? Well, a number of reasons, actually. For one, even though they don't directly impact the Oscars, they can help shape the race by clarifying the heated competition between two frontrunners or by giving a profile boost to a dark horse contender with a surprise nomination, for example. Secondly, unlike the Oscars, the Golden Globes also honor the best in television, effectively doubling the number of celebrities in attendance and the number of audience members invested in the outcome. And finally, they just know how to throw a good party. With nominees seated at round tables with notoriously free-flowing champagne, as opposed to the Oscars' more traditional proscenium theater arrangement, the ceremony can often yield a more exciting atmosphere of celebration and unpredictability.

So now that we've established why you should care about the Golden Globes, let's get down to the business of how to watch them. The nominations announcement will be made this Monday morning, Dec. 12, at 8:15 a.m. ET — yes, that does mean it will be happening at 5:15 a.m. for you West Coasters out there, so tuning in live will be a real sign of devotion. Unlike the ceremony itself, the Golden Globes nominations won't be televised, but you can catch them live online: the HFPA will make a livestream available on their website (which most major entertainment news sites will undoubtedly share), and they will also be broadcasting it on social media via Facebook Live.

Film stars Don Cheadle, Laura Dern, and Anna Kendrick will be announcing the nominees this Monday, and HFPA members will have just under a month to place their votes in time for the 74th annual Golden Globes ceremony, hosted by Jimmy Fallon, taking place on Sunday, Jan. 8.