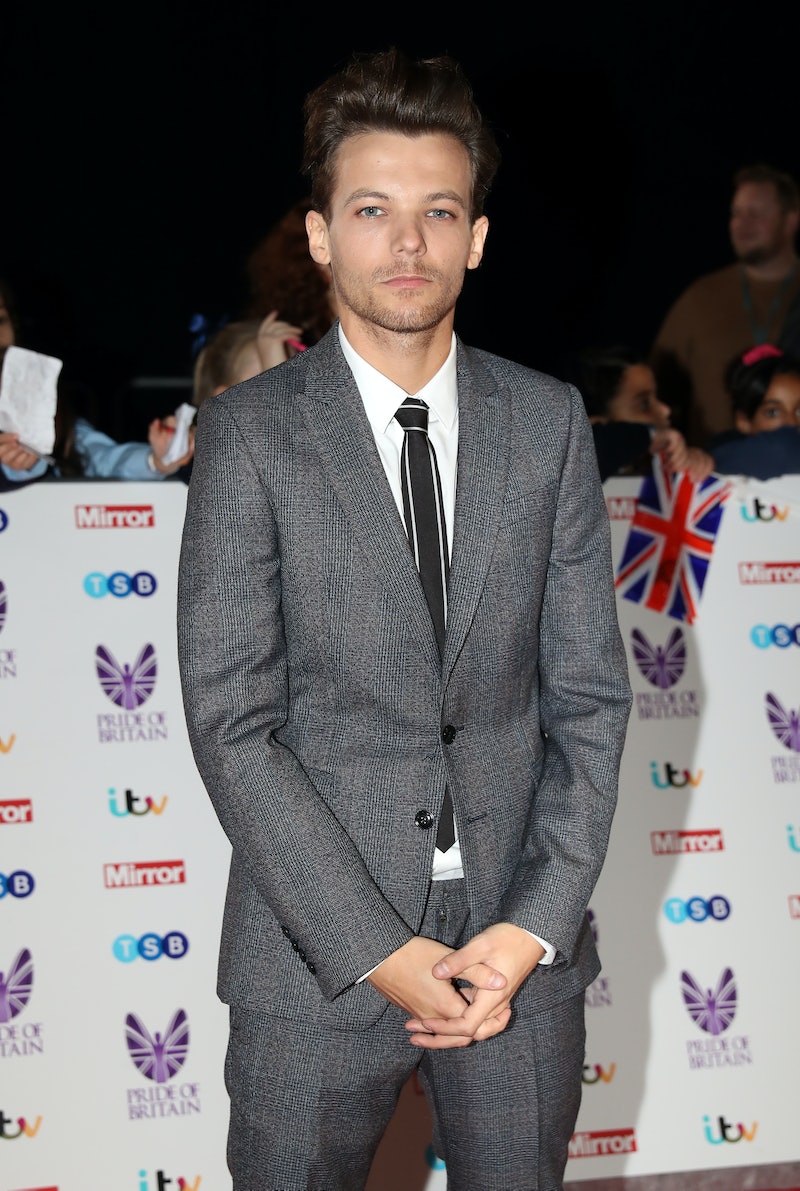 Less than a week after experiencing the heartbreaking loss of his mother Johannah Deakin to leukemia, Louis Tomlinson debuted his first solo song on The X Factor UK. Tomlinson showed an unbelievable amount of bravery and courage by taking the stage so soon after his mother's death, and as judge Simon Cowell pointed out, he was making his mother proud by not cancelling his planned performance. Adding an extra layer of poignancy to the moment was the song itself. It is unclear whether or not the track was written for Deakin, but Tomlinson filled the lyrics to "Just Hold On" with a sense of mourning and wonder of what happens after a loved one leaves your life.

Tomlinson began his music career on the stage of The X Factor when he was a member of One Direction, making his return at the start of his solo career fitting. His mother, who was known as Tomlinson's biggest fan, would have been blown away by her son's heartfelt performance. "Feels like you're standing on the edge/Looking at the stars/And wishing you were them," Tomlinson sings in the track.

"Just Hold On" paints a portrait of a person who is in the midst of a major battle. The lyrics are full of longing for someone to stay, and questioning what they should do after they experience a loss. It is clear during Tomlinson's performance he was pouring his soul into every word. By the end of the song, he was visibly emotional and pointed skyward in a tribute to his mother that will bring tears to your eyes.

One of the most emotional sections of the song came when Tomlinson sang about how a person would want to be remembered: "Oh until it's all been said/It's not over until your dying breath/So what do you want them to say when you're gone?/That you gave up or that you kept going on?" Despite the upbeat tempo of the song, it will hit hard for anyone who has ever experienced the loss of a loved one.

It is beautiful that Tomlinson created a song destined to comfort so many people. Hopefully, performing it for the first time so soon after losing his mother offered him a small sense of solace that will help him get through the days ahead and feel like it's a way to honor her memory.

"The sun goes down and it comes back up/The world it turns no matter what/If it all goes wrong/Darling just hold on" — these heartfelt lyrics have taken on so much more meaning now. For Tomlinson, "Just Hold On" is the beginning of a new phase of his career, but also a poignant tribute, intentional or not, to a loved one now passed.