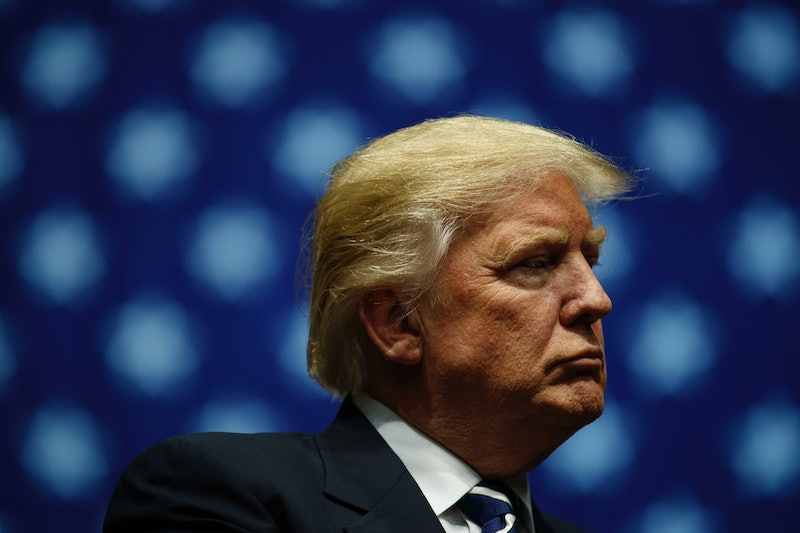 The presidential election is still not over, even though it's been a month now since real estate mogul Donald Trump won the race to the White House. Still, there is plenty of discussion about how Trump won, the possibility of foreign intervention, hacked voting booths, and whether the "Never Trump" electors will make any significant moves when the Electoral College votes on Dec. 19. Faithless electors will have an important role in this election — but why is it called a "faithless elector"?

Faithless electors are members of the Electoral College who choose not to vote for the presidential candidate for whom they pledged to vote. This means that electors who are bound to vote for President-elect Trump will choose not to do so when the time comes. These electors will either vote against the candidate to whom they are pledged or will abstain from voting altogether. Trump presently holds 306 of the necessary 270 electors to secure the White House, whereas Democratic nominee Hillary Clinton holds 232 electors. If electors choose to vote against their state's preferred candidate, they are considered a "faithless elector," because they have no faith in that candidate's ability to perform their duties.

The idea behind the term itself stems from the notion that voting against the state's preferred party is considered "going rogue." According to 270towin.com, there have not been faithless electors in any election since 2004, because "most electors are party loyalists."

Electoral College members will meet in their state capitals on Dec. 19 to cast their votes for president. In most states, electors are bound to a given candidate on a winner-take-all basis, but that's not stopping this year's electors from going rogue. As the date approaches for electors to formally cast their ballots, a movement of "Never Trump" electors is forming to stop Trump from taking a seat in the White House in January 2017.

Politico reports that the anti-Trump elector movement is aiming to persuade at least 37 electors to flip their votes on Dec. 19, which is the minimum number needed to prevent a Trump presidency. While this doesn't necessarily guarantee that Clinton wins over Trump, it makes an important statement from the Electoral College about the type of government they seek to impose moving forward.

Until the Electoral College vote is counted, individuals will continue their organizing efforts in preparation for Trump's America. We cannot wait for faithless electors to save us.