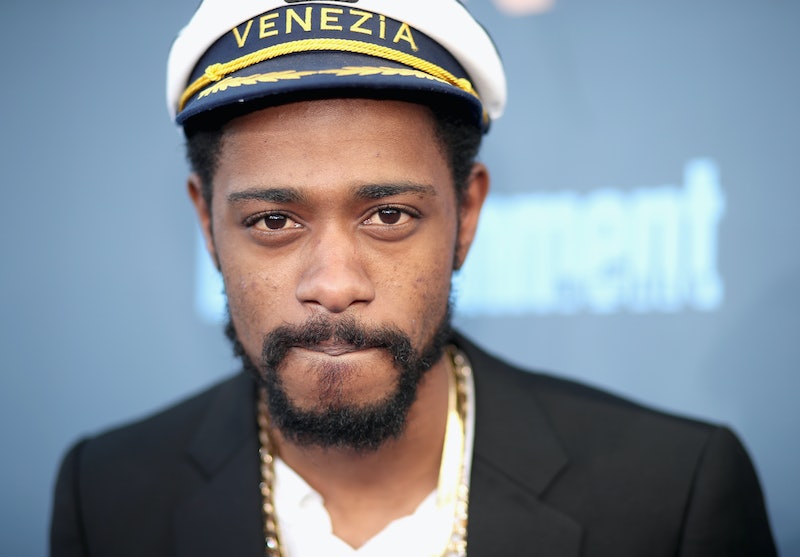 Every award show has a "oh my, what the hell is happening moment," and near the end of the show, the 2017 Critics' Choice Awards had an especially memorable one. After Atlanta lost the award for Best Comedy Series, star Lakeith Stanfield got on stage and crashed the Silicon Valley acceptance speech. Needless to say, everyone was pretty confused.

It was hard to tell what was happening at first, as the camera was just panning the crowd for reaction shots as the Silicon Valley producers made it to the stage. Then, a "Why is this happening?" look started to appear on the audience's faces, and the camera quickly moved to capture what was going on. Something like this happens once an awards season, and I literally never agree with it. Once he was on stage, Stanfield didn't do anything crazy, he just sarcastically thanked the awards for "honoring us in this way" and said "we worked very hard on Silicon Valley."

The Silicon Valley producer who then got some stage time responded by saying, "no idea who that was," and though I watch Atlanta, so I know Stanfield and admire his work, I can see why people would be confused. I also maintain that it's not fair for someone to crash another person's big moment. It's not like Silicon Valley is an underground show (they win all the time), but they did win a big award at the Critics' Choice Awards. It's disrespectful to ruin that moment and take away from it.

Atlanta was nominated for Best Comedy Series and Donald Glover scooped up an award for Best Comedy Actor, so it's not like the series was snubbed completely and needed to its time in the spotlight another way. My guess is that Stanfield thought it would be funny and decided to take a walk around the ceremony. Just another moment that we only get to see on live television.