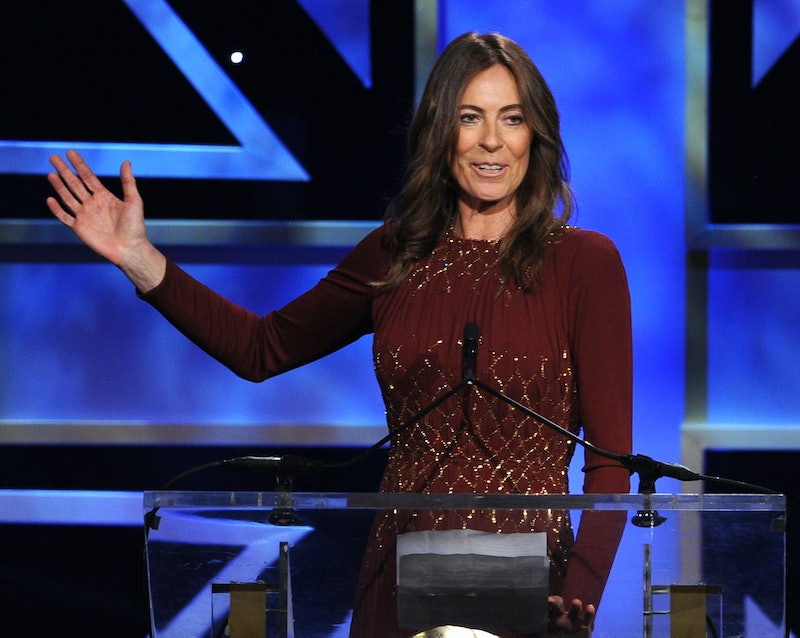 This shouldn't be as surprising to me as it is, and yet... The nominations for the 2017 Golden Globes are out, and there isn't a single woman on the list for Best Director. Just like last year and nearly every year before that, frankly. It's gotten to be such a predictable problem that I started wondering: how many women have been nominated for Best Director Golden Globes? It's been going on for 74 years, so even accounting for the rampant sexism of the industry, you might hope for, my god, as a lowball, 10? But the real answer is actually five. Five women have ever been nominated for a Best Director Golden Globe. Five.

Granted, some of them have been nominated multiple times, and one of them— Barbra Streisand — even won. But, at the end of the day, we're being told that, since 1943, only five women have been worthy of a nomination in the category of Best Director at the Golden Globes. Those women, whose achievements are all the more notable, are: Barbra Streisand, in 1983 for Yentl and in 1991 for The Prince of Tides, and won for the former; Jane Campion, who received a nod in 1993 for The Piano; Sofia Coppola, who was nominated for Lost In Translation in 2003; Kathryn Bigelow, who has also been nominated twice, for The Hurt Locker in 2009 and Zero Dark Thirty in 2012; and Ava DuVernay, who became the first black woman nominated for Best Director as recently as 2014, for Selma.

It's a devastatingly short list, and even more so when you start really breaking down the numbers. Some years have had more and some have had less, but, typically, five directors receive nominations each year. The Golden Globes has had 370 opportunities to honor female directors, and have taken said opportunities just seven times. Here's what will really blow your mind, though. This is actually one of the more level playing fields in the industry. That means that 98 percent of Golden Globes Best Director nominees have been male, and, since Barbra Streisand is the only woman who's ever won the award, the math on female winners is almost too depressing to do.

Clint Eastwood by himself has been nominated more times than the entire female gender: seven times, including twice in the same year in 2007, when he was honored for both Flags of Our Fathers and Letters From Iwo Jima. That kind of feels excessive in a year where no women were nominated alongside him.

These statistics just make it even more clear that we need to do something about this incredible inequality. There are talented female filmmakers out there, including many who have spoken up before about discrimination and gender bias in Hollywood. We have the raw talent and motivation to take on this battle. It just comes down to the people at the top making it a priority as well, so that next year's nominations take us in a more positive direction.