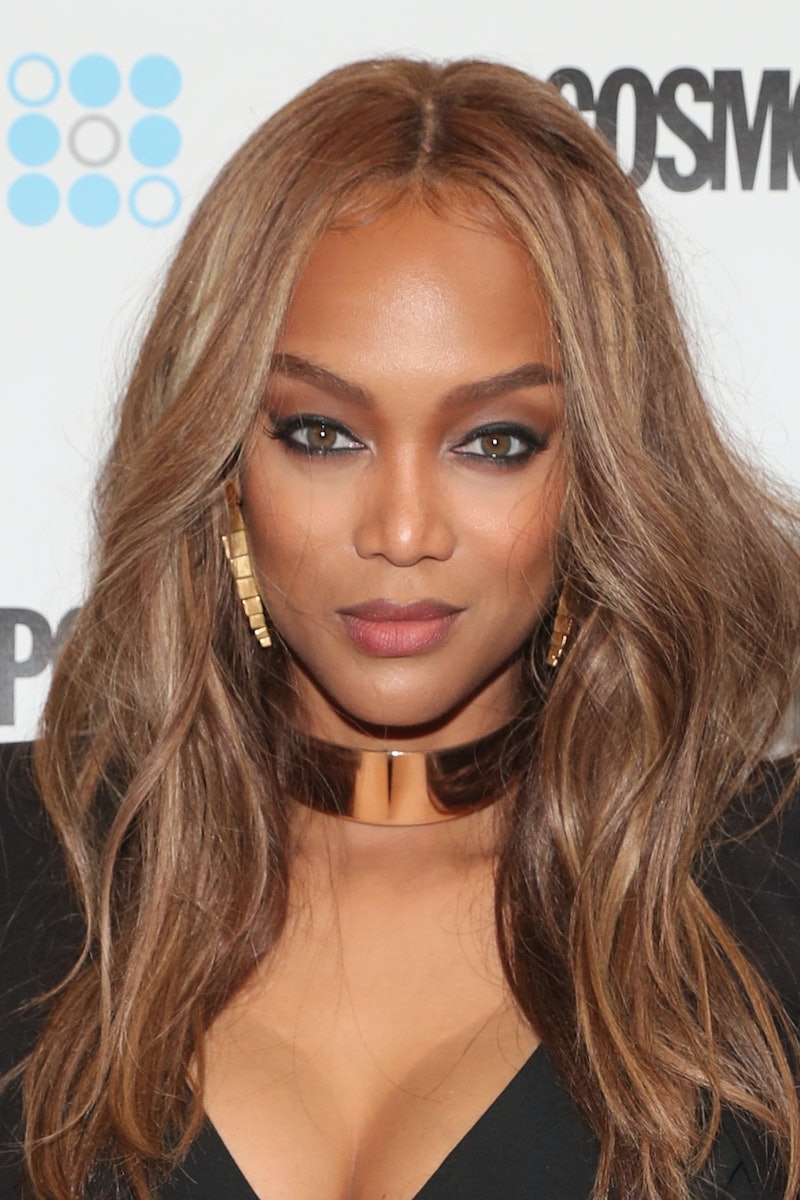 You wanna be on top? Sure, you do. Who doesn't love America's Next Top Model ? The iconic reality competition that focuses on a huge group of wannabe supermodels, battling it out to be on top has been running for a mind-blowing 22 seasons on the CW. Unfortunately, it was recently dropped from the network. But, due to outcries by fans, VH1 decided to swoop in and give it a revival on their network. But, there will be some changes. Why isn't Tyra Banks hosting the new season of America's Next Top Model ?

Banks told The Daily Mail that although she was psyched to see the show picked up by another network to continue finding talented new models, she thought it was a good idea to step down from hosting to focus on her other business endeavors for the time being. Don't you fret though, Banks will not be stepping completely away from the pop culture phenomenon. She will be staying involved in an executive producer role. According to TVline.com, she will also "pop up now and again throughout the season." So, the show will have the same flair, just with someone else at the reigns. That new fearless leader for the 23rd season of America's Next Top Model is the insanely talented British singer, Rita Ora.

Ora has a little experience under her belt, coming from coaching on The Voice and judging on The X-Factor in the UK, so she will likely be a perfect fit for this cut-throat competition. She won't be the only new face for the series, though. The judging panel will completely change as well. So, here are a few tidbits about the new crew to get you pumped for the revival.

As the new head honcho, it is nice to see that Ora has perfected her smize. At only 26 years old, she has accomplished an unbelievable amount already. Musically, she has worked with Drake, Will.i.Am, and Kanye West. If that wasn't already impressive enough, she also dabbles in acting. She appeared in Fast & Furious 6 and Fifty Shades Of Grey.

Everyone probably knows Graham by now. As one of the history-making three cover models of the 2016 Sports Illustrated swimsuit edition, Graham embraces her gorgeous curves and makes a point to speak out against body shaming. She has even created her own line of lingerie in collaboration with Addition Elle that is available at Nordstrom and AshleyGrahamCollections.com.

Roach is the stylist credited for turning Celine Dion into an unlikely fashion icon in 2016. He is the "image architect" (as he calls himself) behind Zendaya, Ariana Grande Ruby Rose and Skai Jackson. Basically, he is a fashion god and belongs behind that judging desk.

As Paper Magazine 's chief creative officer, Elliot was responsible for bringing us that epic Kim Kardashian "break the internet" moment. Yeah, he is that guy. His vision was to rebrand his magazine digitally and he managed to surpass everyone's expectations with that photoshoot. Of course, Elliot belongs on this judging panel.

Just because there are new faces at the helm, it doesn't mean that America's Next Top Model will lose its sparkle. This new group is sure to bring the fabulousness up a notch and if you were a fan of the original run of the series, you should definitely tune back in.