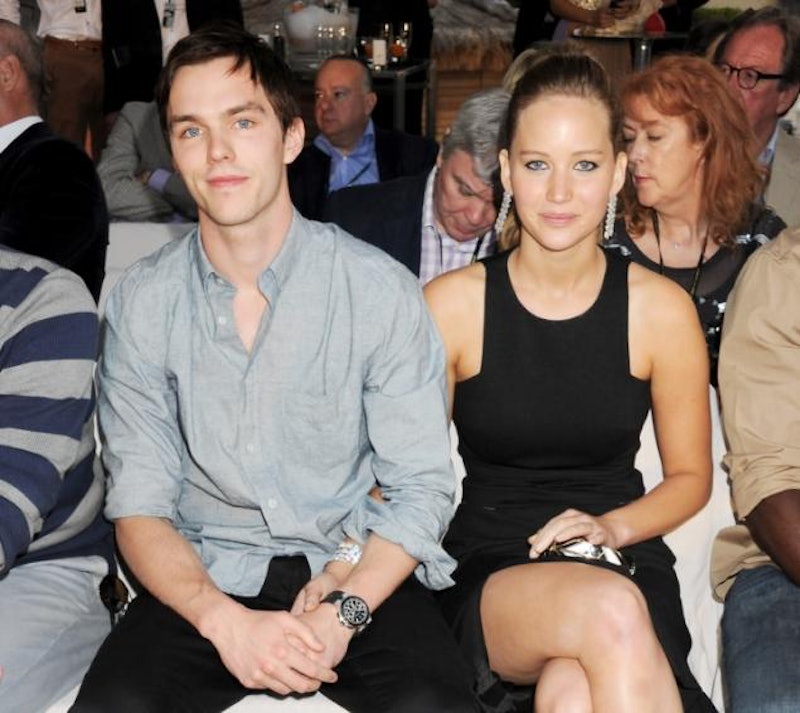 So, Jennifer Lawrence is dating X-Men: Days of Future Past co-star Nicholas Hoult again. It's news that's making us all do this:

Not that we'd necessarily say the couple belongs in this gallery — after all, the British actor and Lawrence did legitimately date for a whopping two years — but it's been refreshing to watch an actress shoot to stardom for something other than her love life.

Because Lawrence's very successful 2012 proved she was different than other starlets in Hollywood. Kristen Stewart, Selena Gomez, and even Emma Stone dominate headlines not for their talent, their wittiness, or their promise, but for the famous men standing beside them. But Lawrence has made people like her for her undeniable acting chops, wicked sense of humor, and impressively grounded nature. I mean, come on — we're talking about a woman so lovable, she made us fall head over heels for her when she fell head over heels at the Oscars while accepting her Best Actress statue.

Granted, since we love Lawrence as much as she loves cake balls...

...we do wish that she finds happiness and love. We just don't don't want to hear about it. After all, from here on out, every interview with Lawrence will include a question about her teen dream co-star, which gives the actress one less opportunity to talk about pizza.

So, please, Lawrence: Continue talking about the things we obsess over: Your movies. Barbecue. You. Just not your love life. And if you must, at least make your comments as relatable as you are.