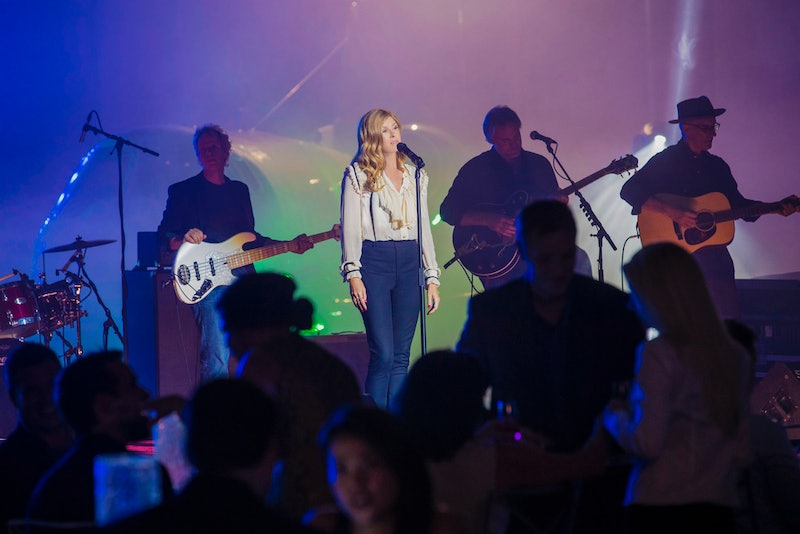 Rejoice, Nashville fans, the show is back. Thanks to CMT, Nashville was saved, and renewed for a fifth season. All hail the return of Connie Britton's hair! The new season of Nashville starts Jan. 5, and personally, I'm way too excited. Maybe it's the sap in me, but there's something that I really love about Nashville, down to its catchy songs and relationship drama. I'm more than happy that it found its new home on CMT, which is obviously the perfect network for it, AND that we get a full 22 episode season. But, the digital age question must be asked: Will you be able to stream the show on CMT?

You're in luck. The official CMT website hosts full episodes on their website, so you'll be able to watch the show online if you have a cable provider log in (your own, or someone else's). The downside is that, like most shows that stream on the website, you won't be able to watch it as it happens. That means if you're a spoilerphobe who just does NOT want to know if Juliette survived that plane crash, you'll probably need to avoid most entertainment websites and your Twitter or FB feeds until at least the day after.

Some more good news: Just like when the show aired on ABC, episodes will still arrive next-day on Hulu, per a long-time deal with the streaming service. So if you are one of those people who wants to watch the show on an actual television screen and not your computer or mobile device, you can still do so. Just be prepared to sacrifice a little bit of that instant gratification. But hey — it's worth it, right? Nashville will be back in our lives, and nothing could be better.

More like this
What’s New On Netflix: 'Never Have I Ever' & 'Indian Matchmaking' Return
By Arya Roshanian
Everything To Know About The HBO Max & Discovery+ Streaming Service Merger
By Brad Witter
What’s New On Netflix: 'Bridget Jones’s Diary' & 'Monster-in-Law'
By Arya Roshanian
Louise & Mercedes’ Relationship Is “A Little On And Off” After 'FBoy Island'
By Kadin Burnett
Get Even More From Bustle — Sign Up For The Newsletter