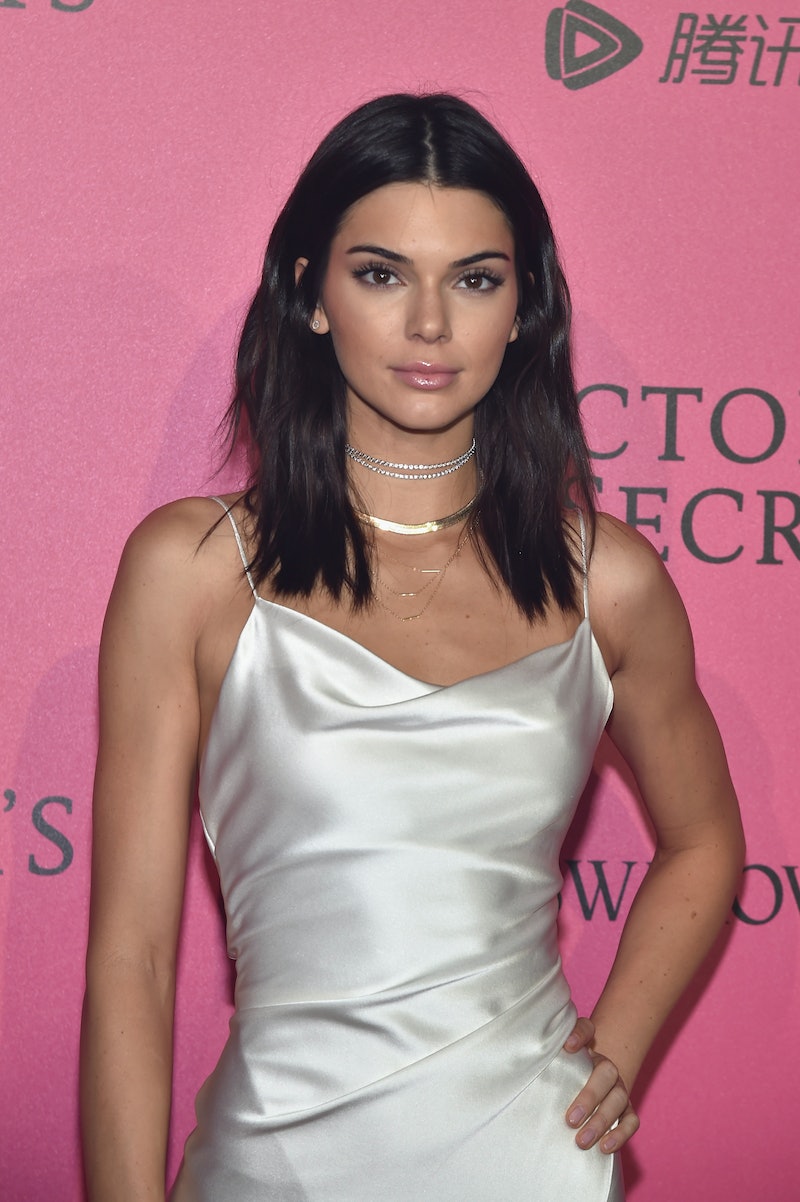 Kendall Jenner has had some rumored relationships in the past, but since she hasn't been in a serious relationship lately (that we know of), it seems like she has enjoyed her time as a single lady. Recently, Jenner was photographed having dinner with A$AP Rocky, who she's been rumored to be dating before, but could they be actually dating this time? I decided to look at Jenner and A$AP Rocky's past romance rumors to see if there's a chance this one holds up. (Bustle has reached out to reps for Jenner and Rocky for comment, but did not receive a response.)

Dating in the real world is weird and confusing as it is, but when it comes to dating in Hollywood, many young stars' love lives read like a script from a guilty pleasure soap opera. It is kind of daunting to imagine your every move being watched, because sometimes a date can just be a date or a hook-up, a hook-up. Hey, we've all been there. But when it comes to Jenner and Rocky, I did notice that they have been connected quite a few separate times, even when they were rumored to be dating other people. Sounds exhausting to me.

Here's a closer look at the rumors Jenner and Rocky have faced in the past so you can decide whether they're dating, are friends with benefits, or are just friends... because you know, opposite sex friends do exist.

Rocky and Jenner were first spotted together for Kanye West's Yeezy 3 fashion show in Madison Square Garden in February. West and Rocky had been friends before, so it didn't cause too many alarms, but, according to E!, later in the month, Rocky showed up at Jenner and her younger sister Kylie's PacSun launch party and she supported his Guess collab during Fashion Week.

After she was rumored to be dating Clarkson, rumors swirled again that Jenner and Harry Styles were rekindling their past romance. There was no more signs of Rocky until...

Once again, Jenner and Rocky were spotted hanging out, this time in Paris during Menswear Fashion Week. It sounds like fashion is definitely something that keeps bringing them together.

A source told Us Weekly on July 16 that their relationship was "a fling" and not serious at all. On July 13, they reportedly had dinner at a Beverly Hills hotel, even while Jenner was still rumored to be hanging out with Clarkson throughout most of early July.

In early August, Us Weekly reported that Jenner and Rocky were "full-on dating."

After attending a Lakers game in late October, Jenner's supposed relationships with Rocky and Clarkson were both still left unconfirmed. In September, she told Allure for their cover story,

“I just — my personal life, I’m so young. Whoever I’m dating, or going to be dating, is young, too. So I don’t think it’s figured out. Do you know what I mean? So if I don’t know what it is, I’d rather not let everyone else know.”

In later November, Jenner had dinner with Rocky in Los Angeles with a group of friends, according to Page Six.

TMZ reported that Rocky and Jenner reunited at a party in Miami during Art Basel and grabbed dinner at Nobu Malibu on Dec. 11.

So, what do you think? Based on all of these past reports and rumors, could they really be dating and are finally able to make it work? Or, are they good friends who are catching up? What we do know for sure is that they've been supportive friends for each other for a while, and that's undoubtedly a positive thing.